WHEN I FIRST BEGAN Gigs ‘n Interviews, my main aim was to feature to talented musicians who don’t get the publicity they deserve through the main media.

Although Michael Ross made to the “home visits” on X Factor Australia 2013, prior to entering himself on the show he was already an accomplished singer/songwriter, pianist, composer and studio producer, proving he is one talented man. 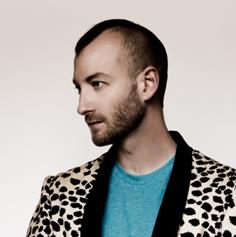 For many years Michael toured and was signed with Keytone Records as Mikki Ross. In 2008 and 2011 Michael supported the beautiful Kate Miller-Heidke and Amanda Palmer in 2010. Adding to his incredible bio, Michael was the sound engineer, music arranger and recording studio producer for a movie called The Covenant of Mr Kasch, which was nominated for best short film at the Slamdance Film Festival and won best animation at the Inside Film Awards in 2008.

Michael’s original song Equal Love was picked up as the anthem for the Marriage Equality movement both here in Australia and the USA.

But what I mostly admire Michael for is the fact he absolutely loves his day-job where he is the current Vocal/Music Director of the world-first all-girl recording band from a wonderful organisation called Tutti.Inc. The group is made up by members living with learning disabilities and they’re working on their first studio album!

It is a great pleasure to be able to meet people like Michael (even if it’s online) and discover what lovely people they are. So without further ado here’s my chat with Michael Ross!

Hi Michael! When I saw your introduction package on X Factor, I thought I have to interview him so it’s a real pleasure to do so!

Prior to being on X Factor 2013, you had so many outstanding career highlights (which I’ll highlight in my intro). Which are you most proud of?

I’m most proud of working with Tutti Inc. and the art I’ve collaborated on with them. Tutti is a place for talented artist with learning disabilities to produce their work. As Vocal Director of the girl group, they grew from a showcase covers act into a vocal group with all original songs about the lives of women with disability. I love how talented they are and how their lyrics are written from a view point that is rarely heard.

I love the lyrics in Equal Love (what would we do without YouTube?). Can you believe how stubborn (and homophobic) most pollies and 99% churches remain in 2013?

Thank you. It seems that many people with political power are afraid to move forward, especially when it comes to equality. They forget that there is more to a successful country than just the fiscal report. They’re so afraid to lose a single vote that they sacrifice the equality of the voting public. There is a lot of support from many political parties and I acknowledge and celebrate that. Regarding churches, although there is still much homophobia present, most religious people are focused on kindness and good deeds and this is reflected in a recent poll showing over 60% of Aussie Christians supporting gay marriage.

Your original song Equal Love was chosen to become the official anthem for the Marriage Equality movement in South Australia. How did that come about?

In 2011, I accepted myself as a natural gay man once and for all. As a songwriter, I compose lyrics that are strong in my philosophy. So when I was writing a series of songs about coming out proud and unashamed, I wanted to have a better knowledge of what the gay equality movement was working on. I attended a marriage equality workshop and the suggestion was made that I sing at the next rally. I decided I should compose a song specifically about this issue and did further research. I completed the song and have since performed it at two marriage equality rallies in South Australia, one in Melbourne and Gay Marriage USA used it on a YouTube video.

Seeing as you had previously been in the Aussie music industry such as performing at folk festivals being support act for Kate Miller-Heidke (a very cool chick) and Amanda Palmer, what made you decide to take the plunge and audition for X Factor?

I’d been working myself to the bone touring and not making the impact that I’ve hoped for. It was suggested by a dear friend that I go for X Factor because of the mentoring philosophy of the show. Now that my auditions have aired nationally on Channel 7, I couldn’t be happier with how it all went. The producers, mentors/judges and other contestants were amazing to work with. There is a lot of heart and soul that goes into this mainstream show. I’m grateful everyday to the X Factor community.

Being a person with a disability myself, when I see someone like you who’s deeply invested in your role as the Vocal/Music Director of a girl group from Tutti. Inc (an organisation that developed the world’s first recording band with members living with learning disabilities), it warms my heart! How did you get involved with incredible organisation?

Thank you, it’s an honour to work with such talented artists. I was touring as a solo artist and for my first South Australian show {when} I decided to offer some free tickets to local arts organisations. Tutti.Inc accepted the tickets and asked if I’d like to come in and perform for their artists. I wasn’t sure, but I said yes. When I performed for them, it was magic and in return they performed for me. They blew my mind and within a year the Artistic Director, Pat Rix, offered me a job. So I moved from Melbourne (where I’d been living for two years) to work with the Tutti Artists. And now we’re recording our first broadcast quality studio album which is set to be a world first.

Looking towards the future, what do you hope to achieve?

I’m hoping to use the exposure from X Factor to record an EP and tour it the old grass-roots way. Building an audience from the ground up, with help from the new found supporters who’ve been contacting me since I’ve been singing on teley. I’ll be releasing You Can’t Hurry Love and hoping that Diana Ross lets me know what she thinks about my take on her classic.

Thanks again Michael for your time and for your eagerness to do this interview. I sincerely wish you the best!

(Also a big thankyou to Channel 7 and Fremantle Media for giving their permission for this interview.)