GORGEOUS KATE CEBERANO is highly regarded in the Australian music industry and it’s not hard to understand why! She’s a dag, charming, witty and beautiful and the fact she’s been around for 25 years deserves the upmost respect. 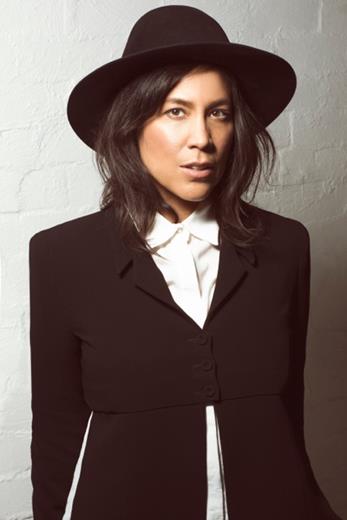 Kate has recently released Kensal Road; her first album of originals for the past ten years and is excited about her upcoming tour that’s happening in October and November! Go here for details.

Kensal Road is an absolute joy to listen to as Kate has dabbled in the “nu-folk” and “nu-country” genres that are so popular right now (Thank the Lord I say!) which suits Kate’s bubbly voice and wit! The album definitely reflects Kate’s wisdom and appreciation for cherishing the little things in life. The Little Things is about paying attention to the small things; as Kate said on Spotify, “keep it real”, and holding onto things what make you YOU.

Kate’s cheeky side is also captured especially on the track How High with its last line asking herself, “Why did I ever choose this guy?” It’s her daughter’s favourite track and Kate already envisions the video starring her girl!

Welcome back Kate to Gigs ‘n Interviews! Thanks for giving up some of your time to do another interview with myself. You talk about letting go of “the expectation of who other people think I should be, and the result is now clear and simple, and resonates with who I really am at my core.” Do you think when people mature they have less to prove, so naturally their “real-self” shines?

I think that asking permission to create is asking for trouble period! Art is subjective and begins with a single viewpoint that develops and evolves through practice, time. And experience is the thing you get as a form of back pay for having released your work into an arena ie:  stage, audience or gallery!

You have only yourself to compare yourself to at the end of the day and I’m happy to say, I think these days I’m a lot simpler, bolder and more self-reliant.

Kensal Road is such a beautiful album! You tackled so many issues on it. Did writing tracks come easy making this album?

Making the record was half the pleasure of now touring and performing it! It was always imagined to be performed as it was recorded! Very organic, chilled out.

One of the tracks Magnet you didn’t write. How do you choose songs out there in the universe and interrupt them so well?

Yuna was writing with James and I was very fortunate to pick up that lovely song from their sessions. It had the right sound of positivity and love. She is an artist I like very much. 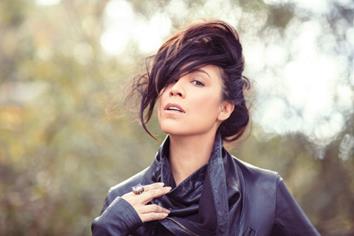 I love Louis‘ Song. What is it about?

Louis’ Song is an affectionate piece written for my nephew Louis.  My feeling for his life and “teenagedom” (he is now married with a beautiful baby) so it’s like an impression of him that he’s now grown out of! I’m very proud of him!

How did your friend react when they heard Jez (which was written for them) for the first time?

He was chuffed! {He was} thrilled that I’d noticed him that day when he was sad, and buoyed him up! It’s a good song for that. {It} puts a smile on your face

I have to ask, where’s Kensal Road? In London?

Yes, Kensal Road is in London.

You’ve just announced you’re heading out on the road in October and November? Are you so excited about singing YOUR own songs live again?

Does a cat have a bum!!!!!!!! I love it more than breathing!
Thanks Kate! I really enjoyed listening to Kensal Road on Spotify! (you gotta love technology) You can listen to Kensal Road by heading to Kate’s site.