BRISBANE BASED DUO Route 33 have just released their emotionally charged track Hands Of Time which features the beautiful vocals of Sarah McLoed. You can watch it here:

Hands Of Time is the first single off Route 33’s second album titled Coro Drive, which is available to purchase or stream now. (You can find out more at their Facebook page.) Listening to Coro Drive, you hear what genres Jock and Trent have been influential to mould their own sound. They love country, but Trent is a fan of 90’s rock which you can definitely hear in some tracks. 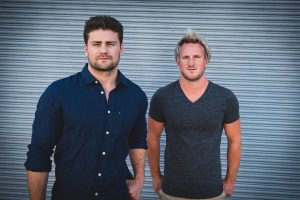 Jock and Trent first met through sport as young children, but really became good mates as teenagers. They spent a lot of time on Coronation Drive in Brisbane, a place that became where the guys did typical stuff that most eighteen years-old do. So their latest album Coro Drive plays homage to this memorable period of their lives.

I was lucky enough to have a chat to Jock of Route 33. He’s a nice, down-to-earth bloke as you will discover for yourselves.

Hi Jock. Thanks for releasing Hands Of Time featuring the beautiful vocals of Sarah McLoed. The track is timely as unfortunately Australia has seen a steep rise in suicide. No doubt this is a very personal cause for you guys?

Unfortunately, this cause is very personal with a lot of Australians. I don’t think there are many people out there that haven’t been affected by this devastating illness.  Hopefully with all these great initiatives that are working hard at creating more awareness and avenues for people to turn to, we can reverse these stats.

I could imagine singing Hands Of Time is extremely emotional live. How have your audiences reacted to the track at your shows?

With the sombre mood that the song brings it is emotional to sing live.  To date we have only played this song a few times live as the majority of our live shows are upbeat with a party atmosphere to them.  But we are looking forward to pulling this one out at some more acoustic gigs coming up.  With Sarah residing in Melbourne and having her full-time rock career, we are also looking forward to sharing the duet with some other great female artists up here in Queensland.

Can you tell us a bit about Route 33’s background? You and Trent grew up on the same street, so I bet you’re like brothers from another mother?

Well we both spent our younger years apart.  Trent grew up on the Sunshine Coast and myself out at Kingaroy.  But during our early school years we were brought together through sport just off Coro Drive where our families both moved to.  Trent and my brother played a lot of sport together growing up and it wasn’t until we had finished school that we realised that we both played instruments.  My brother encouraged us to get together and play some tunes and it wasn’t long until we organised our first ever cover gig out at Ipswich.

The band has seen a lot of different transformations over the last eleven years we have been playing together (including two different singers at the start when Trent and myself were too shy to sing to an audience).  Over the years Trent and myself have worked hard at honing in on our skill sets, working on reading crowds and song choices to eventually writing original music upon a trip to Nashville in 2016. Trent and myself have been partners-in-crime for the last thirteen years from being rivals on the rugby pitch to standing together at Suncorp Stadium playing our originally music in front a sold-out opening Broncos vs Cowboys match.  We have travelled far and wide through this band and we wouldn’t change a thing.  This band has enabled us to meet so many incredible people and be involved in some amazing moments.  Sometimes you have to pinch yourself at the things music has allowed us to do. There will definitely be some great tales to tell the grandkids when we get old and grey. 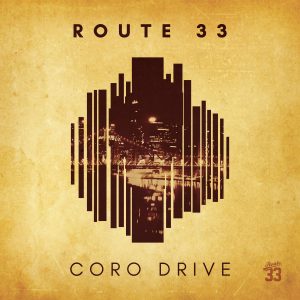 Coro Drive, your second album was released on August 9th. How did you guys approach this album as to your debut album?

This album was a lot more thought out.  We had different producers for this album to help bring more out of the songs and us as musicians.  Our producers, Andrew Cochrane and Steve James, are both hugely successful in the Australian country music and rock scene respectively.  We approached these two producers to combine my country music roots and Trent’s love for 90s rock.  This album was huge fun to write and record.  The whole process for me is one that I love to do.  Hearing the songs touch someone or make a difference to their lives is just the icing on the cake.

On tracks like Alright, I can hear a bit of a Keith Urban sound. Is he one of your icons?

I don’t think there is an Australian country music artist that wouldn’t put ”Keithy”  on their list of icons.  What he has done for the music industry in Australia is unbelievable.  He is phenomenally talented, and it is always good seeing an Aussie sticking it to the Americans.

I love the sound of Take The Lead – it’s a bit blusey but upbeat. Is it important to you guys to push the boundaries and mix genres?

Trent and my writing styles are a little loose.  We have never really planned for a song to be a certain way.  I guess it is just little influences that grow on us as we go about our day to day.  We are both fans of the blues genre and this is a just a song that we are fortunate enough to stumble upon when we were playing around one day.

You’re currently on a Brisbane tour. Any plans to tour the rest of Australia?

Unfortunately nothing is planned just yet for the rest of Australia.  Hopefully soon… TBA. {laughs Jock}

Thanks so much Jock for chatting about Coro Drive and your lives. I wish you and Trent every success going forward in your career.

Thank you very much for the opportunity to have an interview with you Jacqui.  Thank you for the support.  It is much appreciated.

You can catch one of Route 33’s remaining gigs at: