BUSBY MAROU HAVE found themselves a huge fanbase thanks to hard work and continuous gigs that showcase their passion for Australia and mateship. 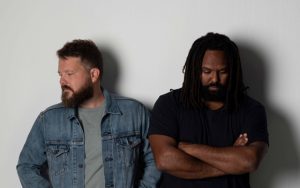 Tom and Jeremy are gearing up for the release of their fourth studio album The Great Divide in September. The Great Divide promises tracks with more of a poppy sound as well as a country fusion in them including their new single Drinking Over You.

The duo isn’t shy to sing about political issues including reconciliation but also assuring people their just two mates singing together. In fact, they don’t take themselves too seriously even being the faces of the Queensland Tourism campaign television ads, or being Sir Elton John’s support act!

A few years ago I saw Busby Marou at a ‘A Day On The Green’ event and back then I knew they were heading towards greatness. Their music is so organic and heartfelt. So when I received the opportunity to interview Jeremy from the duo, I knew it would be a brilliant interview. And he didn’t disappoint.

G’day Jeremy! Thanks for chatting to myself about all things Busby Marou! Listening to your music and hearing how you two beautifully harmonise together, I’m interested in how you and Tom met?

We are both born and bred Rockhampton boys. Although we went to different schools we {still} had a lot of mutual mates. I was playing in a band and Tom would often come back singing his original music in between our cover sets.

{The band I was in} split up as most the guys moved away, but shortly after Tom gave me a bell and asked if I wanted to team up work on a few of his original songs.  We started doing gigs on the weekends which turned into five gigs a week.  The rest is history.

A few years ago I saw you guys at an A Day On The Green event and was extremely impressed. Since then, you’ve exploded obtaining a mega following. When did you turn to each other and go “Whoa! We’ve made it!”?

I don’t think we have said that to each other just yet….. maybe because we are always striving to be bigger and better with our shows and our music.  Occasionally we do talk about some of the amazing achievements our career has given us. 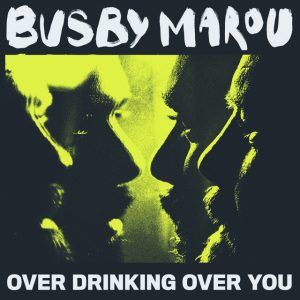 sound to it.  What was the inspiration for this sound?

Not initially.  We wrote this song in Nashville so maybe unintentionally it inherited the country feel.  I’m the country fan in the BM relationship so I’ll take the blame for the country twang. The album is more diverse… you will hear the country flavour throughout the album but not all songs.

Your music often references this beautiful country and our traditions such as Got Your Back, which is about mateship. When you’re touring Australia, do you fill your notepads with landmarks which trigger emotions to develop tracks?

The people and places we get to visit with this amazing job definitely provides inspiration for song content.  This album we have really tapped into some more serious topics like mental illnesses while also writing about Australian Indigenous culture with an emphasis on the TSI (Triple Sugar Iron) culture.

Sorry, I have to bring up the big elephant in the room. You guys are the faces of the Queensland Tourism television ads. How did you get that gig which has given you massive exposure?

One thing we know for certain is that we weren’t chosen because of our looks. {laughs Jeremy} The Queensland Tourism Minister and crew were at the Elton John show in Mackay whom we were lucky enough to support.  They saw our show and how we sing and tell stories about amazing places throughout Queensland and thought we would be the right fit.  All of the television adds throughout the campaign are things that we do regularly anyhow… luckily ‘cause we are terrible actors.

Travelling overseas do you think your music has inspired travellers to come to Australia?

We certainly hope so. Recently we did a tour of Canada, it was so much fun. The biggest surprise was the people who turn out to the shows {is} because family and friends back from home send them along

I love the reconciliation message in your track Paint This Land. Are you hopeful that the “issues” can ever be worked out?

We as a country have a very long way to go.  Tom and I will never preach or become political. We feel actions speak louder than words. {We’re just a} Black man and White man, good mates singing songs together about the amazing country which we both live in.

Busby Marou are heading out on a national tour from September onwards. Are you guys excited about getting out there in front of crowds again?

We love touring.  We pride ourselves in being “better live”.  We feel this album is the best work we have done and can’t wait to share it with the world.

Thanks so much Jeremy for taking the time out from your busy schedule to chat to me. Good luck with your upcoming album The Great Divide tour. 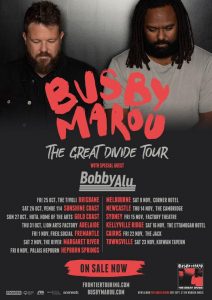