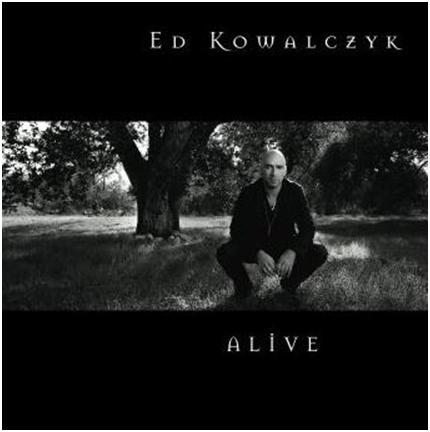 ED KOWALCZYK is clearly excited about the next chapter in his life. His debut solo album Alive is a continuation of Ed’s positive and uplifting song writing from his time with old band Live.

Ed has always been a very spiritual man. His lyrics can be interrupted in any way you want though, whether you associate his songs to a loved one or a spiritual figure. Many of Alive’s songs have a spiritual element to them while keeping their anonymity.

Alive begins with a great track called Drive which is consequently a great driving song. It’s about the going out into the wilderness (the world) on a new adventure.

Ed and his new band have adopted some new sounds on Alive, moving into some different areas. The Great Beyond has a fresh sound. There are many radio friendly songs that I’m predicting to become hits, in particular In Your Light, Zion and Rome. Last year I heard Zion at Ed’s solo unplugged gig at Melbourne’s Forum theatre and it sounded pretty damn good then. On Alive it’s one of the catchy tunes with a sexy hook.

In Soul Whispers we hear Ed’s falsetto. His deep voice always is haunting and gets the message across for you to really ponder.

Alive ends the forty minute journey with Fire On The Mountain which is about leaving something behind and embracing the future and believing in yourself and having faith.

Alive gets five out of five frangipanis!