THE NAME DOUG HANNAH might be unfamiliar to the ear, but if I say television series like Burn Notice, White Collar, Numb3rs, Graceland and Intelligence you might get intrigued. 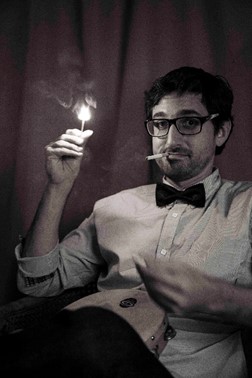 Doug had a strong ambition to become successful in the creative world beginning at college. Earning himself high marks in his studies of Cinema and Photography specialising in Film Production, he was destined for many successes that others can only dream of.

Moving to L.A began Doug’s road to being considered one of the best producers and editors in the TV land of Hollywood today. Burn Notice was Doug’s first big break when its creator asked him to co-edit a full episode in the second season. White Collar came along where USA and Fox Studios called on Doug to give the series his signature style including music, transitions and pace.

Doug is the type of person who likes to push himself with new challenges. In 2011 he turned to the director’s chair, directing the award-winning short film Good News, Oklahoma! then he directed the theatre play The Third Date, a production winning Best of the Hollywood Fringe Extension. This year he directed an episode of White Collar airing in January this year.

Doug began following myself on Twitter after me airing my disappointment about the fact that Intelligence wasn’t renewed for a promising second season (I was a tad upset at its network). I must admit I was star-struck when Doug contacted me, but I soon discovered he’s a really down-to-earth guy and I’m absolutely thrilled to bring this interview to you.

Thankyou very much Doug for getting in touch with me on Twitter. And I must say it’s a real honour to interview someone from the-Hollywood-world!

When you studied Cinema and Photography at Ithaca College in New York, did you have great dreams to work on big TV series in years to come?

I always knew I wanted to move to LA to pursue a career in TV or film and that was part of the reason I chose IC. They had an internship program in LA where you could take a couple classes and worked for different companies in town. At that time I really wanted to get into movies but since graduating the industry has changed a lot where hour long dramas in TV are doing really interesting things and have provided a great outlet for very 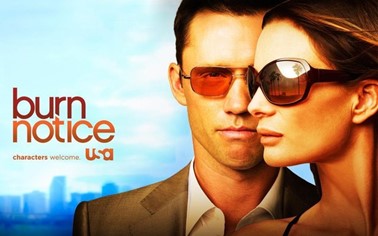 creative work. Also, there are much less feature length films being made now than when I started going to school.

You got your big break when you were asked to edit a full episode of Burn Notice in its second season. How did you feel when you got the call?

It was a day I had been waiting for and was really excited. Matt Nix, tthe creator of Burn Notice, told me that they were going to have me edit three episodes. He said, “I had to vouch for you that you would do a great job so don’t fuck it up.” After that encouraging pep talk I definitely felt the pressure and wanted to do a really good job.

As an editor, what is your role to be involved with series and movies?

On a typical hour TV show it takes seven to eight days to film. I receive the footage that is shot the day before and start cutting the scenes together. They shoot different takes, starting with wide shots, medium shots and then close ups. I go through and choose the performance I like best and the size of shot that is best for the moment. Once all the scenes are cut, I go through and add all the music and sound effects and edit in any transitions that are needed between the scenes. The music and sound effects are then later replaced by the composer and sound editors, but it is a starting point for them to see.

You’ve worked on many popular shows such as American Idol, The MTV Awards and So You Can Dance (USA)! What was it like being involved in these shows which unearth talented people?

It was a lot of fun to edit such high energy performances. There are so many talented artists out there and by editing some of their performances you kind of get to feel like part of the act.

You have also directed a short film called Good News, Oklahoma which was an award-winning comedy. Did this make you feel like you’re on the right path?

Yes, it was a great feeling directing my first higher budget project. It definitely made me fall in love with filmmaking even more and more importantly was an incredible learning experience. It was great to figure out which aspects I needed more work on and where my strengths were. I felt I could improve my skills working with actors so took several acting classes and workshops and directed a play in preparation for my first episode of White Collar. As a result I found working with the actors on WC not only a strength but incredibly enjoyable and is now one of my favourite parts of filmmaking.

As you know by my Twitter post on Intelligence‘s page, {winks} I was a bit upset because it hasn’t been renewed for a second season. Actually I’ve noticed a lot of new TV series have had the same fate as Intelligence. Do you understand why some television networks seem to be getting more reluctant to give unique shows which have unique storylines a chance to thrive?

It can be frustrating because ultimately this is always about business decisions and not artistically based. So unfortunately some amazing shows that don’t seem to catch a large audience for whatever reason don’t get given the chance to continue. 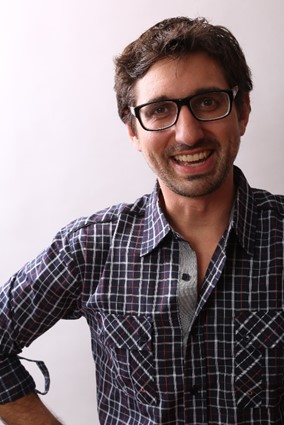 For myself, Intelligence explored how technology can enhance peoples’ lives but at the same time they can be as human as anyone else. What made Intelligence’s script draw you in?

When I was originally contacted about the show I was incredibly excited after watching the trailer. For me I had never worked on a show that was so heavy on visual effects and action based. It was all stuff I had done before but not at this level. Also, I too am a big fan of science fiction but thought that the human element of it is what made it unique and stand apart. It wasn’t just a guy with a computer chip in his brain but rather someone who had to struggle with the meaning of it, which I found much more compelling.

Is Josh Holloway a nice guy? He looks like a big softy (with those damn dimples that makes him quite attractive) who can kick serious arse!

Josh was incredibly great to work with and is a super nice guy. He is totally professional and all the footage I received of him was always so easy to cut together since his performances were always solid. It was tough to choose between all the great takes!

Describe your ideal character. What qualities would they have?

To me the most interesting thing about a character is to see how they change over the course of the TV show or movie. It’s so much more compelling to see an imperfect character struggle and then eventually change for the better through a series of events.

Have you met any Aussie actors and/or worked with Aussie directors?

I have met a few very talented Aussies in Hollywood. I have become very good friends with two Aussie filmmakers that live in Melbourne while I was doing the film fest circuit. It has been interesting talking to them about the struggles of getting work outside of Australia. Very few companies help sponsor foreigners to get citizenship in the US so it is very hard to transition into Hollywood.

Thanks again Doug for agreeing to do this interview with myself! I feel so humble as I’m just a little journalist from Australia.