An interview with Vanessa Amorosi

VANESSA AMOROSI IS ONE of Australia’s biggest selling artists. Last week on the Aria singles chart Vanessa’s latest single Mr. Mysterious from her Hazardous album reached number six! This is of one of her successes; in 2008 she had a monster hit with Perfect from Somewhere In The Real World as it became the most played song of the year. 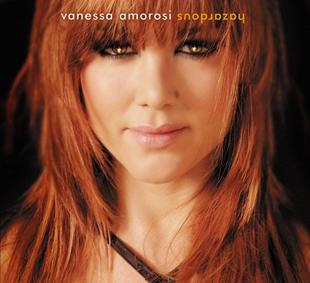 Now in 2010 Vanessa is enjoying expressing who she really is by experimenting with different musical genres and focusing on her songwriting abilities. Hazardous is a collection of songs that tells everyone that she’s just like any other woman. She’s proud of who she is and not ashamed of anything in her past!

It’s a real privilege to have such a big artist to be my first interview on Gigs ‘n Interviews. Thanks to Ralph Carr and his team for making this interview possible.

I have been so excited to bring you my interview with Vanessa so at last here it is:

What was it like making your latest album Hazardous in Sweden? Did the fact that you were in a different country so far away from home make it easier to write such personal material?

I worked long and hard on this album; I spent time writing all over the world, writing in Australia, Los Angeles, London and Sweden. When I met the MachoPsycho guys in Sweden we clicked, we had great chemistry and had a great time in the studio, I think it is important to have a good vibe with the people you are working with, especially when you are writing and talking about your life, your experiences, this album is very personal.

On your website you say you had no limitations, no boundaries making Hazardous. Do you think this is why people have had such great reaction to the album?

I have been so overwhelmed with the response I have received to this album. I put my heart and soul into the album, I wanted to write about what I had lived, about my experiences and be true to myself. But I also thought that’s what my fans can relate to, truth and personal experiences.


You’ve worked with so many famous and gifted songwriters and artists over the years including Hoobersank. Do you have a favourite?

I have been so fortunate to work with some amazing people; I really don’t think I could pick one favourite. The track I did with Hoobastank was great; we had so much fun making the video clip as well. I also recently did a track with Mary J. Blige and that was a huge honour. She is amazing and I was thrilled to be asked to work with her on the track.

Who are you listening to at the moment?


I listen to a lot of different stuff. I spend a lot of time travelling so I’m always listening to something on my iPod. I love some older stuff, 70s rock, heavy guitars, Janis Joplin, Rolling Stones. But I also listen to dance music.

What do you think of all these talent shows popping up on our TV’s? In your opinion, are they good or toxic for the music industry?

I think these shows provide a very different avenue for artists. Traditionally artists develop through lots of hard work and gigging. These shows can see people thrown in the deep end without the experience to handle the situation.


You are an inspiration and a role model to many girls. What advice do you have to them especially those who want to become a singer/songwriter?

It’s a tough gig, you have to stay focused on what you want and work really hard to get it.  Make sure you have a strong team around you. If you want something bad enough then you have to work for it.

enjoyed yourself onstage. Was this because you were able to make an album how

YOU wanted it to sound?

Do you still enjoy performing Absolutely Everybody and Shine?

I really do enjoy performing live; it’s the highlight of what I do and performing these songs is a

rush. It’s a great feeling to look down in the audience and see every one singing along with

Which direction is next for Vanessa Amorosi?

I am off to Europe and the UK to release my album over there. I am very excited. Then I will

be back in Australia in a few months to lay some shows, so I will see you then!

Thanks so very much Vanessa for being my first big-named interview! Good luck with your future!