Jacqui James Leave a Comment on Rob Does Rochford

Day On The Green

WE HAD BEEN REALLY LOOKING forward to this day since it was announced last year and the concert didn’t disappoint.

As we drove towards Rochford Winery it was clear that there would be tens of thousands people there to see the brilliant Rod Thomas with special guest Vanessa Amorosi. 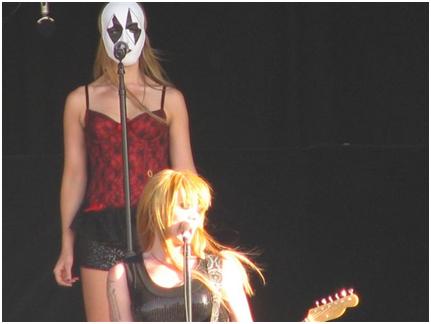 Vanessa clearly enjoyed herself in front of the happy and loud crowd, even being proud that she broke her first string on this tour. At one stage she told the crowd “Love you guys!”

Her voice is just powerful and awesome! I must admit in a past life I wasn’t a big fan but yesterday I became one!

She said this is new chapter in her life and songs from hazardous reflect this. They’re very edgy, rocky and packed with girl power, but at the same time show Vanessa’s vulnerable side. Vanessa with her band had fun onstage soaking up the easygoing atmosphere. It was great to see. She really

Vanessa re-visited her past with doing her Aria topping hits Kiss Your Momma, Shine, Perfect, Absolutely Everybody and last year’s hit Who I Am. She blew everyone away with her fantastic cover of Janis Joplin’s Piece Of My Heart. She was born to sing Joplin! Amorosi’s voice has the power and the passion to do Joplin Justice.

I was extremely fortunate enough to meet Vanessa after her set. She was absolutely lovely! You rock girl! Thanks for taking my business card and for allowing a photo to be taken. Also thanks to the lovely organizer who saw us in the queue and came to get us. It was so nice of you to do that. 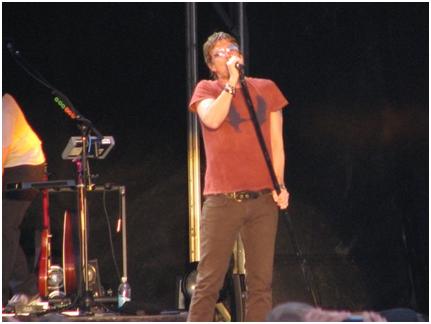 Now onto Rob. Rob… What can I say? He was unbelieveable! He has this down-to-earth charisma and stage presence that his audience soaks up. He doesn’t wear fancy clothes, nor does he need to. He just wore a red t-shirt with black jeans and he looked hot.

Rob and his unchanged band from his last solo tour began with Fire on the Mountain from his latest album Cradlesong (previously reviewed on Gigs ‘n Reviews). The “beautiful night” really suited Rob’s sound, giving the night something extra. Rod is always conscious about how precious time is and always is so appreciative how people choose to spend time with him! Later he said “You’re the exact crowd I wanted to play to on a Saturday night.”

Rob has been touring Australia for the past month and has two more shows. He loves it here and loves making his crowds do the Aussie chant Aussie, Aussie, Aussie! Oi, Oi, Oi! He said last night there’s no other county which has a chant like that.

He and his band did songs off his solo catalogue including Give Me The Meltdown, Lonely No More (with his butt wriggle girls), the new single Mockingbird, Someday, Something To Be, Her Diamonds and This Is How A Heart Breaks. He explained that he doesn’t like doing Matchbox Twenty songs without that band because it doesn’t feel right. He only did only MB20 track and this was 3am which was a song written in his teenage years to impress girls at parties.

Rob also performed a couple of unreleased songs. One in particular was called Sunday Morning New York Blue and it happens to be his favourite track he wrote for Cradlesong. He wrote it for his wife, but last night dedicated to all the married couples there at Rochford.

Rob and his band did an awesome version of David Bowie’s Let’s Dance. If there was ever a more perfect scene to rock out to this song, last night would be it!

He ended with the high-energy, breath-taking (literatly) This Is How A Heart Break. Then he left with the compliment, “Thank you beautiful Australia…”

Here are Vanessa and Rob’s setlists:

Slipping Away From Me (Max Meritt and The Meteors)

Bed Is On Ice

Piece Of My Heart (Janis Joplin)

Fire On The Mountain

Give Me The Meltdown

This Is How A Heart Breaks