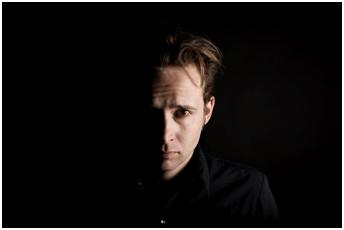 CHRIS PICKENING is definitely a unique singer/songwriter whose music has been heard in the iconic blues capital of the world Memphis as well as one of the coolest clubs in the world, The Viper Room. He has played to sold-out crowds at both! Now he has come home to Australia to tour with Catherine Brit (featured on Gigs ‘n Interviews last week) featuring his new release Work Of Fiction.

In his own words Chris describes his music as “Soulindiecountrypopadelica”. In other words his music simply can’t be categorised! It’s very catchy in a loungey kind of way! On his Myspace you can listen to tracks including Fisherman’s Daughter, Hasta Luego (which means goodbye in Spanish), I Just Want To Love and the very pretty In The Meantime.

Before he set out on tour with Catherine Brit I had a chance to interview Chris and you’ll agree, he’s just a down-to-earth guy who loves to make music.

Your music is very difficult to put into one box. How would you describe it?

Well… it’s kind of a mash up between 60’s British pop music with a slight detour through Memphis Soul and Tennessee heartbreak, then possibly adding in a little 90’s experimental rock and Australian indie for good measure. So if I could put that into one genre it would be Soulindiecountrypopadelica. Which is a word that would no doubt set of alarms with any automatic spell checker.

You seem like an artist who places lots of emphasis on your lyrics. Where does
your inspiration come from?

All kinds of things. I don’t have any real one way of writing lyrics, as I’m not sure I’ve ever found a good method that I’m happy with. Some all come out together, and some I really have to work at. I write about personal things, but also about some fairly surreal and dark stuff too, from time to time. It all depends what headspace I’m in, I guess.

What does Hasta Luego mean? Does the Spanish language have a special significance to you?

Hasta Luego is a farewell in Spanish, it literally means something like ‘see you next time’, or ‘until next time’. I don’t really speak Spanish at all, but live with some Cubans some time ago for about 18 months, so I can understand a bit of it, particularly the insults. There’s no real personal significance though, it’s just related to the vague South American revolutionary context of the song.

Compare performing in Memphis to playing to a packed-out Viper Room?

I love Memphis. It consistently competes with Nashville and San Francisco as my favourite cities in the US. It may even be my favourite. Playing to a packed out Viper Room is awesome, but the gritty vibe of playing in Memphis, and the genuine love and appreciation of good music they have there is pretty hard to beat.

You’re releasing recordings from your time in Memphis later this year. Can you tell us what listeners can expect from these recordings?

We recorded the band live, in an attempt to try and channel the way good records used to be made, and the producer Don Nix, who used to work for Stax, assembled a pretty amazing cast of supporting musicians to work with. So it’s essentially these songs of mine, played live by a veteran pop/soul band in arrangements we came up with for each individual song.

Are you looking forward to touring with Catherine Brit this November?

Absolutely, of course I am. It’ll be a fun tour, and it’ll be great to get out on the road again in Australia and play the songs from this new record live for everyone that wants to hear it. I’m sure Catherine and I will be working out some duets we can do as well… I’m really looking forward to playing with her.


Thankyou Chris for taking the time out to answer my questions. Good luck with the tour!