Jacqui James Leave a Comment on Wes Returns To Roots

IT’S ALWAYS A pleasure to interview an artist who has returned to his roots especially when they have resisted continuing to be a “pop star”. 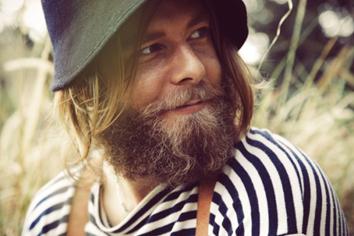 At 30 and a new Dad, Wes Carr has found his niche in making organic music which is raw and honest. He has recently released his Buffalo Tales EP which contains rich, beautiful songs which are catchy, reflecting Wes’ maturity. The tracks Blood And Bones and Lost are gems that you hardly hear these days!

Personally I absolutely love the track Eighty Eight for its devilish bluesy sound. It’s sexy and just a surprise to hear from Wes (and funnily enough he was inspired by the awesome TV series Sons Of Anarchy which just happens to be one of my favourite shows too! So thumbs up Wes!)

Before I go on to the interview with Wes, I would love to take this opportunity to thank Will who’s sadly leaving Heapsaflash! Over the past four years you have put your faith in me and my confidence in what I do has been always backed by you! So thankyou Will for believing in me!

Now onto the always delightful Wes Carr who’s a new Daddy, so I really appreciate your time doing my interview in midst caring for your new baby!

Congratulations on becoming a new Daddy this month! I bet your world has turned upside down in a good way?

Thankyou! Absolutely it has, but in the best way possible. It’s the greatest achievement and I recommend it to any Gay, Straight, Bi, Alien or anyone and anything who breathes to be a parent. It gives you a new found sense of who you are, no matter who you are.

Do you sing to your new little one?

Of course I do.

Your new sound from your new EP Buffalo Tales is so YOU! I love how organic your music sounds now. When did you feel the freedom to turn your back on pop?

Well this sound has always been my true form of expression ever since I was twelve and picked up the guitar and piano for the first time. It’s what my heart says everyday and when I started to suppress that being the pop star that I felt everyone wanted me to be, I started to eat myself alive. When you win something like that you inherit a business model that most of the time doesn’t suit your artistry, it’s all commerce when signed to a major unless you have their complete respect, and that’s hard to get these days cause it’s just so ruthless and to live outside of your true identity, well doesn’t last very long. You can go and kid yourself for a while but you’ll either hit a brick wall yourself or someone will push you into it sooner enough. I never turned my back on anything ‘cos it’s impossible to turn your back on something you didn’t believe in and never were in the first place.

Eighty Eight is a really cool track. What was the inspiration for it? 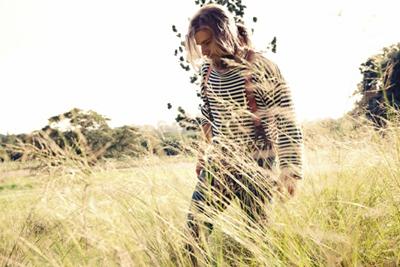 Thankyou! I wrote that in the studio with one of my favourite people Stu Hunter. Stuey is a jazz musician and an incredible producer and a very creative being. We wrote it in a day, I was obsessed with Sons of Anarchy at the time and it was basically inspired by the TV show. Did you know our brains are 88% subconscious? “I got 88 reasons to love you”

You started an extensive south eastern tour on November 16th which is going to run until the end of January. Are you keen to see Aussie faces again?

Yes indeed. I love Australia, Live music is what it’s all about. To see the faces of people that dig my music and my job is to deliver every time.

Cradle Of The Universe gave me chills when I watched it on your Facebook.

Thankyou – that song crystalizes a time for me when I discovered meditation for myself and an alternative way of dealing with what at the time was a difficult time for me.

My live show is about the raw expression of the music, when everyone is sharing the same experience together it’s a magical feeling.

You said you became someone else after winning Australian Idol and basically was doing things you didn’t believe in. With the popularity of these shows booming are you fearful of the future of talented musicians who don’t get heard?

I’m not fearful of the future and the ironic thing is the internet was deemed as a bad thing for the music industry at the start, you know, free downloads and all, but the net is now where it’s at for young musicians. Aussie Idol was like being in a different life on a different planet, only I know what I really feel and it’s hard to express what I really feel when you’re up against a million people plus who loved the show and loved me on it. My heart lies in my songwriting and my music NOT in celebrity and making money through cheap and nasty means by seeing your life story as a business and releasing bad sounding music catered for whatever mainstream is these days. The castle those TV shows and everyone around it build are castles built on quick sand and to any musician that has any ambition, I would not recommend the rabbit hole that is a TV talent show. I tried to convince myself that it was the answer myself and I couldn’t keep telling myself the same old lie, the truth always wins. If it suits entirely who you are then do it, but if it doesn’t feel right, don’t do it.

Are you planning on releasing an album?

Yes most definitely. Early in 2013… You can keep a track of everything me on Instagram or my website www.buffalotales.com.au

What are you looking forward the most in the future?

Watching my baby boy grow up healthy and happy and creating music that challenges me and gains me an audience that appreciates what I do.

You can also follow Wes on his Facebook page where you can watch lots of videos from his recent TV appearances and gigs!