IT’S BEEN QUITE a year for the Melbourne singer/songwriter Jacob Butler is an understatement! 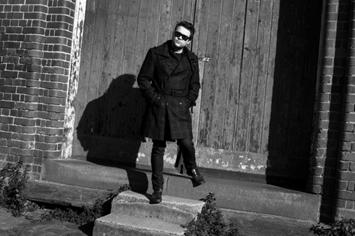 Internationally he has the UK and South Africa at his feet! Jacob’s song Come My Way reached number 47 in Germany! Also there’s a real prospect of having his songs feature in European films and on TV.

Jacob’s music is the perfect mixture of rock and pop! Come My Way is a great pop song, whereas UKOK? is a very catchy rock tune! No wonder he’s having such success.

Incredibly, Adelaide native Jacob and his fiancée have based themselves here in Melbourne, Australia for six years; with Jacob only making frequent visits to the UK. Before his huge breakthrough, Jacob was in the top five finalists of 2005’s X Factor and went to the top eight on 2007’s Australian Idol, but Jacob has proven he is a really artistic and clever artist; even directing most his own videos and owning his own record label Lions Share Recordings.

Below is Jacob’s video for UKOK? which Jacob wrote after last year’s UK riots. He directed the video so please check it out:


You can watch and listen to Jacob’s other tracks on his Facebook and Myspace.

I would like to thank Jacob for his time answering my questions so quickly and awesomely! Also a big thankyou to Linda from his very loyal Street Team.

A very big congratulations to you on being signed to several EMI labels in the UK and South Africa. Can you tell us how this incredible opportunity came about?

Ah, it’s actually EMI for Greece and Cyprus, Universal for Poland and Bulgaria, Very Us for Germany, Switzerland and Austria, Billberg for Scandinavia and The Gresham Co for South Africa. This came about through a contact in London via a mutual friend who has since become a very big part of my daily operations. It’s nice to have someone in your corner after knocking on doors for such a long time!

Your songs will be featured in films in the UK and Europe. Do you know which tracks and films yet?

Well they may be featured in Europe – I have just signed a publishing deal there With AMV-Talpa,

Pitching songs for use in films is part of what they do as well as pitching for syncs on TV commercials and the like, plus they want me writing with and for other artists which is cool.

Do you wish Australian radio and record companies had supported you more when you lived in Adelaide?

Of course, but with saying that, everything happens for a reason and I firmly believe that this is the way that it was meant to be. All artists need time to develop and mature, and I think I’m at a point now where I can stand in my own two feet with confidence, knowing who I am, what I’m about and what I would like to achieve as a recording artist.

Are you grateful to Warner Brothers Movie World on the Gold Coast for using the music from Come My Way or would you prefer more Aussie radio airplay?

Absolutely, it’s a great opportunity and it’s nice to see a little bit of money coming back in to go towards the bank loans I took out to record the album. I certainly wouldn’t prefer either radio or the TV sync though… I’d like both!

Your video for UKOK? highlighted the UK 2011 riots. How did the UK respond to this?

Well… Her Majesty The Queen called me and she wasn’t very impressed! {laughs} Just kidding…That particular version of the video was never really intended to be anything other than an artistic social comment on what was happening at that time. I never really anticipated  that so many people would watch it, and the response was generally positive. There is a new version of the UKOK? video that I released less than two weeks ago, and I think that sums up the sentiment of the song far more accurately. Plus the new version has a better audio mix!

WOW, in Coma you totally sound like Neil Flinn! Do people say that a lot?

Sometimes, and I must say that it’s a very nice compliment. I have always been a big fan of songwriters like Neil Finn, Noel Gallagher, Elvis Costello, Ryan Adams, etc so it’s probably a natural place for myself to go to songwriting wise – especially with ballads.

You have also directed some (or all) of your videos and have previously owned your own record label! Do you like being in control of your music?

Yeah, I have pretty much directed all of my videos except for Coma, which was directed by Matt Hart, but I was still heavily involved in the direction and production. I have my own Canon 5Dmkii that I shoot with and I really enjoy that part of the creative process. I still do own     and run my own label Lions Share Recordings, and all these deals are licensing deals, where I give the record company the exclusive right to market and distribute the album in a particular territory for a period of time. It is expensive and lots of work, but that way I own and control pretty much everything… and I like that very much!

My goodness, is it true you speak French, Swiss, German and Italian!!! When did you get the time to learn all of these?

Yes, and Japanese – however the disclaimer there is that I only know enough to tell people that I’m from Australia, my (insert language here) is really bad and, can you please speak English! {laughs}

You have a terrific and loyal fanclub here in Australia, plus praise for Mind Waltz from the MusicOz Awards. Does these make you homesick?

No not really, because I still live in Australia! I have been in Melbourne for the past six years and I live with my fiancée, Paula. I am starting to travel to Europe more which is nice. I just got back from a two and a half week stint in the UK, Switzerland and Germany where I shot two videos for the next two singles. Then I’m back again in October for a few weeks for album promotion and then next year for touring. It’s nice to go away, but it’s great to come home!

You’re having quite a year! What will 2013 hopefully bring for you?

Well hopefully things continue to evolve at the pace that they have, and I’ll continue to have opportunities that will see my music exposed to new audiences, which is very exciting!