TIMOMATIC HAS HAD one heck of a year. The twenty-five Nigerian born singer/songwriter/performer has just finished supporting Pittball on his Australian tour last month and on August 24, Timomatic released his debut self-titled album which took him over a year to make. 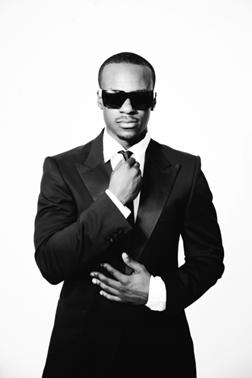 After finding himself as a finalist on Australia’s Got Talent just last year, the Australian public have fallen in love with Timomatic’s positive attitude towards life that shines through his smile and music. “I wanted all these songs to reflect my first year of being a signed-artist. I wanted to capture the excitement, positivity and energy of my world. The fact is I’m really inspired by what I’m doing so I wanna shout it from the rooftops and have everyone join in the party.”

At just fourteen, Timomatic had a part-time position as Artistic Director/Choreographer of a dance company in Canberra. Now incredibly he choreographs every dance move to every track on his album and performances! You can watch his video for his new single Incredible HERE.

Having already two hits Set It Off and the major radio friendly hit If Looks Could Kill this year, Timomatic’s career is set to take off in the music industry.

Thankyou to Tim Omaji, AKA Timomatic for taking the time out of his busy schedule for doing this interview.

Also as always a big thankyou to Nadia from Sony Music Australia.

You’ve joined the likes of Mark Vincent and Jack Vidgent with becoming mega stars from Australia’s Got Talent. Can you explain why this show produces great talent?

The show gives performers a unique platform in which we can do whatever we want to do as opposed to doing a set format.

Your upcoming album has taken you one year to complete. With doing 90% of the songwriting, are you excited to reveal who you are to the world?

I’m very excited. This album is a representation of my passion for music and dance.

I love the fact that there’s always a smile on your face everytime you perform and during interviews. Where does your positivity come from?

I love God. I love Life, I love music. There is so much to smile about so much I am grateful for.

Can You Feel It is one of the tracks which highlights your positive energy that you co-wrote. Will it be released as a single because it’s a great upbeat track?

Yes Can You Feel It is out right now!

It’s amazing to think at fifteen, you were the part-time Artistic Director/Choreographer of a dance company in Canberra! Were you a child who began dancing when you learnt to walk? {laughs}

Basically yes. Music and dancing was always in my household growing up.

Dancing obviously has been a huge part of your life. How and when did you discover that you could sing?

I was about fourteen years old. I could write songs before I could sing them. 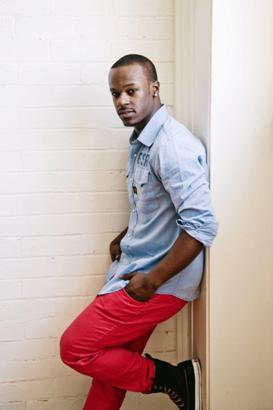 It’s amazing to read that you have already choreographed for every song that you’ll be performing on your upcoming tour! How do you do this?

I get inspired by the music and the moves take form.

I deeply respect artists/bands like yourselves who have a passion to change the world. If you were PM for a day, what would you do?

I would put more performance based shows on TV.

You’re about to tour with Pitbull, one of the world’s biggest superstar. Are you overwhelmed with all your success you’re having?

I’m over the moon. This is such a great opportunity for me.

Explode is “a track for the ladies” you say on your Facebook page. Are you a ladies’ man?

I really appreciate my female fans. They are the bomb.

Thanks Timomatic for taking the time to answer these questions. Your legions of fans will appreciate it and are looking forward to your self-titled debut album which was released August 24! Best of luck with it and your future!