IT’S HARD TO believe it has been nineteen years since Vika and Linda’s last LP. Today marks the long-awaited release of their new album The Wait; a rounded recording twelve track LP with their beautiful harmonies showcasing the light and shade the sisters give to every recording and performance. 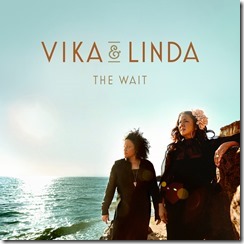 The Wait was recorded in April, 2021 in eight days adding an intimacy and warmness to the album. Listeners will go on a journey of feeling pumped up (Raise Your Hand, written by Kasey Chambers and Brandon Dodd) to digging a funky tune (Since You’re Gone) to smiling like you’re in on a joke (Pigface And Calendula), and not to mention the rocky Rabbit Hole.

I felt so privileged to chatting to the sister duo who have been a part of Australia’s music for forty years. Thankyou so very much Vika and Linda for your time!

Congratulations on your new album The Wait – your first LP in nineteen years and the album was recorded in eight days! In your opinions, did it make the recording progress more organic and pure?

{Vika} Yes, twelve songs were recorded in eight days and it was a very fun, quick creative process and we certainly used our time very well.  The whole record was recorded live in the studio – everyone in together, bass, drums, piano, guitar, vocals then overdubs were put on and vocals were fixed up but usually we nailed the song by the second or third take so in that respect you could say yes it definitely made it more organic and pure.

{Linda} When you don’t have long to create a song from scratch you have no choice other than to get right down to the nitty gritty of it both as a band and as singers. There’s no time for extra fluff. That what makes it pure.

Raise Your Hand is an atmospheric, strong and rhythmic anthem. Was it important to begin The Wait with such a song?

{Vika} It was very important to open the record with Raise Your Hand which was written by Kasey Chambers and Brandon Dodd the reason being it was the first song that came in when we were gathering material for the album.

{Linda} Raise Your Hand is an important song for us because it was the first song we got and it really got the ball rolling and in many ways set the tone for the whole album. It was important to start the record with it for that reason.

From Don Walker to Kasey Chambers, the list of songwriters credited on The Wait is quite impressive. How did you enlist such rich lyricists?

{Vika} Linda called everyone up and asked them if they could write us a song and we also had a lot of help from our A&R guy, Bill Page, who we go a long way back with. He helped us a lot in gathering the songs for the record.

{Linda} I got on the phone and asked them along with Bill Page whom we have trusted for a very long time.

Since You’re Gone and Pigface And Calendula {Jacqui says, love that title} are funky tunes! I’d imagine recording songs like this together is full of laughs?

{Vika} The whole recording of this album was joyous and the whole team who helped put The Wait together are very funny people so yes indeed we giggled a lot!

{Linda} We like a laugh and its important to keep the mood light and creative in the studio otherwise its just an oppressive atmosphere. These songs definitely did that. The whole room was moving when we recorded these tracks.

Listening to The W 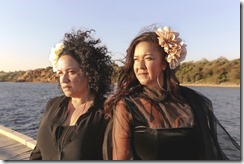 ait, you like to cross genres. Rabbit Hole is a rockin’ tune, whereas I Miss You In The Night is a very gospel-sounding lovesong. Touring with hundreds of acts, do you feel the urge to cross over to different genres?

{Vika} We don’t really think about genres.  If we like a song then we will sing it.

{Linda} Genre specific songs scare me. I’d rather just sing the song and worry about where it fits after we’ve done it, otherwise you are in danger of pigeonholing yourself.

On September 6th saw the #VAXTHENATION campaign launched which you ladies are proudly involved in. Was it a no brainer for you to be involved?

{Vika}  It wasn’t really a no brainer for us to be involved.  We had to take a moment and think about it because we knew there would be a lot of people out there that don’t want to get vaccinated and we would cop a bit of flack on social media but we are involved and we are vaccinated because we want our industry to get back on its feet and our parents are old and if we make them sick we would never forgive ourselves.

{Linda} We always think carefully about what we post and how it will affect others and ourselves. When we stand behind something we are all in not half in half out.

What have you missed the most about touring?

{Vika} We have missed a lot of things about touring.  Touring has been our life for the past 35 years and to have everything suddenly stop was pretty frightening.  We miss our band and our crew and all the people that have supported us for a very long time.

{Linda} I miss that buzz you get from a live audience. Its very uplifting.

{Linda} I have always been a hopeful person. My dream is to be able to plan for a year without fear of it all grinding to a halt again and again.

You can purchase The Wait today from Bloodlines or any other music store.

{October 19th edit. Vika and Linda have announced a national tour for 2022! See dates below:} 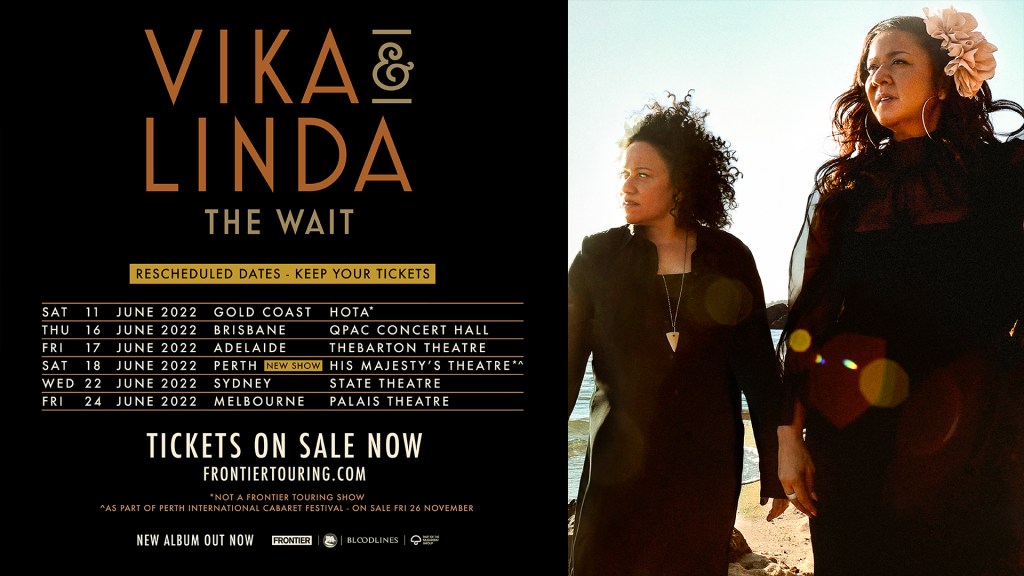 You can follow Vika and Linda on their following socials: