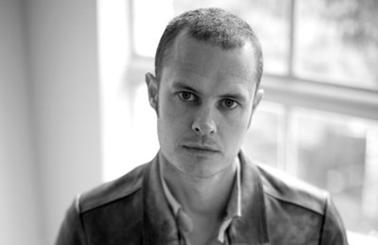 LAST MONTH AS YOU (if you’re a regular reader of Gigs ‘n Interviews) we went to Boom Crash Opera’s 25 years gig at Melbourne’s casino. Their support act was a guy with his acoustic guitar who’s Troy Dean.

My ears immediately pricked up when Troy began to play! His friendship with Boom Crash Opera’s guitarist Peter Farnan has enabled him to release Mythology & Rumour. You can listen to and purchase the album by clicking on the below widget.

Troy kindly agreed to be interviewed by yours truly. As you’ll read he’s an absolutely down-to-earth singer/songwriter who loves his craft and what may come his way.

You’ve just enjoyed being Boom Crash Opera’s support act for their shows. Can you explain how you met BCO’s guitarist Peter Farnan?

The band I was playing in back in Adelaide many moons ago used to support Boom Crash Opera when they came through town and he used to call us a battery operated band which I kinda dug, so we just clicked I guess. He became our producer and taught me how to write songs.

Coming Home is a great track, a great track which would do well on commercial radio (well I think anyway). And now Run has been added to the Australian digital station Radar Radio. You must be bloody excited?

Ah yeah… Coming Home is definitely a bumper track. I wanted to make everyone dance and Bart who played bass on it laid down this relentless driving bass track which doesn’t give up. And Zoran nailed the guitar solo – it’s awesome. Digital radio is still so new in this country that I’m not sure it’s making much of an impact yet but I’m hopeful

Your latest album Mythology & Rumours is available on iTunes and other online stores. Have you had lots of feedback about your music? Since social media came along, have you got more exposure?

In all honesty my record was just something I had to do for myself and I never really thought about promoting it or working hard to try and sell it. Social Media has made it easier to connect with people and share music which is great. One of my Facebook fans recently said he loved waking up and finding a new track on my Facebook page so that makes it all worthwhile. In fact you can get the whole record for free if you sign up to my mailing list on my Facebook page so I’m probably not going to make much money from iTunes. {smiles}

Your lyrics are very personal. Do you think this is an important ability for a songwriter to share with their listeners/audience?

Important ability or annoying self-indulgence – depends who you ask. I love songs about the human condition and for some reason songs about loss make me feel more alive. Death Cab For Cutie are one of my favourite bands because they write love songs about holding hands and dying together. However I find the “woe is me my heart got broke” stuff a bit grating – including some of my own stuff!

She’s So Cool is cute! Did you get the girl in the end?

Wow, you’ve done your homework {Jacqui blushes}. Well that song is not actually about one girl; it’s inspired by many. And yes…I did get “the girl” in the end.

At BCO’s Palms gig you dedicated a song (sorry I’ve forgotten the song) to your fiancé. On the behalf of every woman there, that was beautiful. Did you fiancé cry?

It was I Will Follow You Into The Dark the aforementioned song by Death Cab for Cutie. I don’t know think she cried but she was definitely moved. We sing that song around the house together all the time.

Which genre do you think your music fit in or do you even think in genres?

Someone called it “Sad boy rock” once – so I’ll go with that.

You’ve toured with Ben Folds Five! What was that like? Was Ben really grounded?

Ben was a legend. Very down to earth and small! Much shorter than I had imagined. And it was in our home town in front of our home crowd so it was a hoot!

{smiles} Yep. There a quite a few songs on the record (Come To Bed, You Remind Me and, Mythology & Rumour) where it’s all me. I’m a control freak and a Virgo. Not good in a democratic environment.

What’s next for you?

I have no idea. Whatever life throws my way I’m grateful for.

LAST MONTH AS YOU