Jacqui James Leave a Comment on The New Ricki-Lee

RICKI-LEE IS ON A big comeback! Not only last year she was signed to the EMI international family, she has a new album being released on August 17th called Fear And Freedom; but a few weeks ago it was announced she has the honour of being the new face of Covergirl Australia. 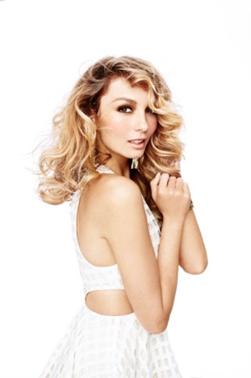 America quickly took notice of Ricki-Lee strong poppy anthem when they used Can’t Touch It on the soundtrack to the Sex And The City sequel. Then in 2011 the former Australian Idol contestant signed an international recording deal with EMI then her top 20 hit Raining Diamonds was a radio favourite for months!

2012 sees a mature face of Ricki-Lee who wants to empower women and show “all girls find and rock their inner COVERGIRL!” Also she hopes once Fear And Freedom is released it will help people conquer their fears to become free.

Not only releasing a new album and being the new face of Covergirl Australia, yesterday Ricki-Lee just announced a tour yesterday! You can see the details after Ricki-Lee and my interview.

Thanks very much for your precious time Ricki-Lee! Also thankyou to Nicole from EMI for setting it up.

Thanks Ricki-Lee for doing this interview when you’re so busy with promoting Do It Like That and recently becoming the Aussie face of Covergirl. Let’s talk about your two smash hits Raining Diamonds and Do It Like That first. You must be thrilled with how Australia has embraced you again?

I’m so happy to be back on top of my game again and I love how much Australia has embraced my music once again! For me it’s always been about producing great music and I’m so proud of my work to date, but this new album I’ve really raised the bar – it’s far more progressive than anything I’ve ever done and I think lyrically it’s the most honest I’ve ever allowed myself to be. I’m 26 now and I’ve lived a very colourful life and I’m not afraid to talk about it and open up to people and speak my mind – and people are really relating to my music which gives me such satisfaction.

Before Raining Diamonds we didn’t hear from you for so long. Were there any particular reasons why?

I needed a break from music – the life of a music artist is so up and down and all over the place. Everything is so temporary and unsettled. You’ve constantly got a suitcase on the bedroom floor with half your stuff in it and the rest on the floor because you’re always on the run, jumping on planes, travelling around the world writing and recording music, doing shows or promoting singles or albums, doing radio interviews, TV interviews and performances, in stores, photo shoots, video shoots, red carpets etc. And that’s not even going into the business side of it. It’s constant…as musicians, we don’t get public holidays or annual leave or ‘sick days’. When you’re sick – the show must go on. When you’re having a bad day, people still stop you and want a photo and you have to give those people the time of day and snap outta your funk. I’ve been in the middle of extremely heated conversations with people and a five year old girl comes up with the biggest smile on her face wanting a photo…and of course I always oblige!  What I’m trying to say is that you’re ALWAYS ‘on’. And it can be exhausting – it was really taking its toll on me.

As a songwriter I was completely uninspired because I was so drained and had kinda just been going through the motions, always on the run, operating on lack of sleep and adrenaline…I was running on empty. So I took some time off and went and focused on something different. Went and did TV & radio for a couple of years which was really fun and I found that after a while I regained that passion I had for music and I was so inspired to write because for the first time in six years I had TIME to go out and live a little! {laughs}

Your upcoming album Fear And Freedom is due to be released out on August 17th. What can we expect to hear from that?

Quite simply – it’s just a great pop record! I love pop music. I love uplifting and anthemic songs, soaring melodies and epic production. So that’s what I wanted to create with this album. Musically it’s extremely uplifting and lyrically it’s very honest about the lessons I’ve learnt over the years to become the woman I am today who is not restrained by fear. I’m free from all the things and the people that ever held me back and weighed me down. I’m in control of my life now and this album tells you exactly who I am and hopefully it inspires other people to find that strength and freedom in their own lives too.

Growing up who were your favourite artists/bands?

When I was younger my family always listened to Motown, R&B and soul music. It just resonated with me so much, the heart and soul and raw passion in the music and in their voices. I loved the Jackson Five, The Temptations, The Four Tops, Gladys Knight & The Pips, The Four Tops & Marvin Gaye. Since I can remember I’ve always been obsessed ‘The Voices’ – Whitney Houston, Mariah Carey, Stevie Wonder, Celine Dion and I loved Boyz II Men. But more than anything…I loved Michael Jackson! However I’m not afraid to admit that I’m still a huge fan of the cheesy pop like Hanson, Spice Girls, Backstreet Boys & The Vengaboys! {laughs} 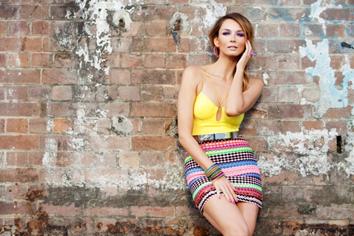 Do you watch The Voice and/or X Factor? What do you think of the bad wrap these shows get now since obviously one allowed you to become a successful singer?

I honestly don’t have time at the moment to watch TV but I’m a huge advocate and supporter of these shows. They provide a HUGE opportunity and an amazing platform for artists to be seen and heard. It’s up to the artist after the fact to do with that opportunity what they want…some people make it extremely worthwhile and have made very successful careers out of it because they work hard and have the talent to back it up. There’s a lot of reasons why in contrast to that, so many people don’t make it…it’s a reality of the business. Not everyone that wants to be a singer or a rock star actually cuts through and ‘makes it’. This industry is cut throat, it’s a business and you have to give it your everything and be prepared to work your ass off, and you also have to be in it for the right reasons or you won’t make it far at all before you’re hung out to dry.

Now a couple of weeks ago it was announced that you have the honour of being the new face of Covergirl in Australia. How did that come about?

It’s pretty simple – they asked me and I said yes! {laughs} I don’t know anyone who doesn’t know the iconic ‘Easy, Breezy, Beautiful…Covergirl’ line or know the amazing women who have been the changing faces of the brand over the years. I am so honoured to be the face of Covergirl in Australia and be amongst such an incredible line up of strong, confident, inspiring and empowered women!

What’s next for Ricki-Lee?

Melbourne on Wednesday September 5 at The Toff

Thursday September 6 at the Oxford Art Factory in Sydney

More dates to be announced… Keep a look out on http://www.ricki-lee.com