Skip to Content
Home / Interviews / The Many Talents of Rick Price

RICK PRICE IS ONE OF those highly believable, immensely respected, down-to-earth, singers/songwriters who has been incredibly busy over the past year. 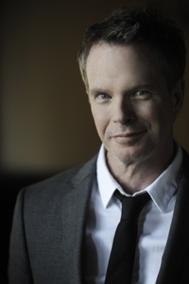 But first, let’s rewind to 1991 where he released his debut album Heaven Knows. This album launched his career big time and Walk Away Renee was in the Top 50 on the Arias Charts in June ’93. Then in ’95 his follow-up album Tamborine Mountain was released and had the hit single River Of Love and my personal favourite Love Never Dies which is a song for his Mum.

Since then Rick has several albums under his belt; one was a garage record called A Million Miles. According to his site, he did this “just for fun.” In 2011 Rick took on a role to star in The John Denver Story and has performed in front of 26,000 people so far.

As well as continuing doing this slightly new role, Rick has a new album being released this year called The Water’s Edge. Rick kindly agreed to put time aside from his busy schedule to have a chat with myself.

In 2011 you began to star in The John Denver Story (which you will be of course continuing in 2012). Were you a big fan of Denver?

As a kid I was big fan, I’ve always had great respect for John’s writing. His songs have clearly stood the test of time.

Did you have to audition for the role? How did it all come about? The entire show was put together by a production company called Boldjack. They offered me the role and I flew to Australia to meet with them. It was not an official audition, though we had a trial period where by both parties could see if it was going to be a good fit. Everything flowed beautifully from the first meeting and rehearsal with the band.

Is it like a musical or do you just sing Denver’s songs? It’s referred to as a narrative concert. I have a four piece band, we perform about twenty of John’s songs and I narrate the show. I tell the story of his career from his humble beginnings to the peak of his success. The story touches also the ups and downs of his personal life. {Also} his charity and humanitarian work and devotion to the preservation of the planet.

In my humble opinion, you’ve always been one of Australia’s best singer/songwriters. I loved your 1995 album Tamborine
Mountain especially for the track Love Never Dies which you wrote for your mother. Are you continuously writing or do you do other things like producing? I spend most of my time writing, recording and performing my own music. I often write and produce for other artists and over the years I’ve written for film and television as well. As long as I’m making some kind of racket I’m happy!

You have an extremely exciting and hectic time ahead of you because as well as doing The John Denver Story, you are releasing your first album since 2003 called The Water’s Edge. Are you feeling on top of the world or nervous?

I’m really pleased with how the album is being received so that’s been wonderful and because I love my job I enjoy being busy so ‘it’s all good’ as they say!

On The Water’s Edge what can we expect to hear? 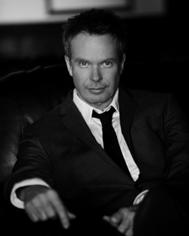 It’s a very easy listen; it’s a pretty relaxed record. My intention was to make an uplifting record. Some of the feedback I’ve received so far is that the album is ‘Soothing”… that makes me happy! I like that.

You’ve done gigs in America, London and even Russia! Do you have a favourite gig you’ve done that stands out in your mind? I get asked this question a lot and I really don’t have a favourite show… I have so many wonderful memories of shows over the forty some years I’ve been performing. It would be impossible to name one. I’ve played all over the world and rarely have a bad show.

After doing the John Denver Story are you planning to tour Australia to showcase The Water’s Edge?

I wish you all the very best with the John Denver Story and the release of The Water’s Edge! I hope we see you doing gigs around Australia with your own material really soon! Thanks Rick!
Here are some dates for The John Denver Story:

You can catch Rick doing his own shows during Feb / March 201: 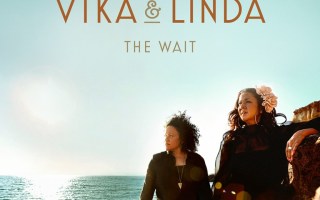