Jacqui James Leave a Comment on The Ecstatic Michael Paynter 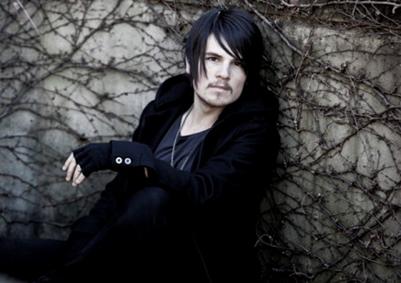 MICHAEL PAYNTER IS Australia’s
next superstar, no doubt about that! Just in the last few months his rockin’ song Love The Fall was the most played song on Australian radio and he’s supporting The Script when they tour here next month.

Here’s the video for Love The Fall to refresh your memory:

But Michael’s not an overnight success, he has worked bloody hard to get where he is today; learning to play the guitar, piano and drums , (although he humbly admits he hasn’t come closing to mastering each instrument) writing many songs over the years and touring with the likes of Newton Faulkner, Vanessa Amorosi and international superstar Seal.

Michael’s music is enriched with his blood, sweat and tears. On his Myspace you can watch some of his live performances which shows his strengths as a songwriter.

Before he set off on tour with The Script, I had a chat with Michael.

You must be stoked about how Aussie radio has embraced Love The Fall? Did you know you had a huge
hit on your hands when you wrote it?

I knew we had something special, but I’ve written plenty of songs in my time that I thought were “hits”… They never actually turn out to be hits. You can never write a song deliberately wanting for it to be a hit – it detracts from the purity of your art I think. I just try to write the best, most relevant and most challenging songs I can, then leave it up to you guys to decide whether you want to label it as a ‘hit… But having said that, I’m absolutely ecstatic that people have embraced Love The Fall – it’s a dream come true.

Wow… You play the piano, guitar and drums! When you conquered
learning to play each instrument did you feel the need for a new challenge?

Well unfortunately, I have in no way even come CLOSE to mastering any of the instruments I play. I am a continual work in progress. I think what keeps me challenged is continually surrounding myself with artists/people who are better than me. All I can hear in my playing is what I wish I could do – I don’t hear myself and think ‘Holy crap that was good. I’ve learnt enough now.’ That’s a fast track to the end of your credibility as a musician.

Your falsetto is amazing. Do you think you have this gift from learning different instruments?

I’m not sure my falsetto has anything to do with my specific musicality, but I do think that playing many different instruments, or at least understanding the way they communicate makes you a better, more complete singer. I love to lock into the drums, or wail with the guitar when I’m singing. It’s a beautiful thing.

You say you wrote while travelling a lot. Did you learn about yourself and about your strengths as an artist during this time?

Absolutely. I don’t think you can ever fully understand yourself until you’ve stepped out of your comfort zone and into the fire. And I’ve had many experiences of stepping into the fire while travelling for months on my own!

I loved your debut single Closer and am very surprised we haven’t had anymore singles from you until now with Love The Fall. Why was this?

We recorded the first album in Los Angeles in 2007 with Matt Wallace. It was a great album full of great songs. After we released Closer, and then A Victim Song I went on tour for 6 months with Vanessa Amorosi, then with Shannon Noll and Newton Faulkner. I wasn’t around enough to fully promote the album. Music changed so much in this time, and many people were let go from the record company. It was a choice between releasing the album just for the sake of releasing it, even though it didn’t feel right, or waiting until it DID feel right. It feels right now.

Any plans for a debut album?

Yep. That’s why I’m still here doing what I do. It’ll be out real soon.

What advice do you have for other young artists who are struggling to be heard?

Work three times as hard as you are now. Just when you think you’re working hard enough, work harder. The only thing that will separate you from everyone else is your work ethic and the hard yards you’ve done. If you write a great song, write 10 more. Do double the shows you’re doing at the moment. It will all count in the end. I think young kids these days see all these quick rises to fame and instant successes. It’s fake, untrue and completely misleading. Your rise to the top is directly reflected in your fall to the bottom. The quicker you rise, the quicker you fall. Take your time. Get it right….. Is that enough advice?

Thanks Jess from Paul Gildea management for this interview.