Jacqui James Leave a Comment on The Contented Wes Carr

WES CARR IS BACK in a big way. His new single Been A Long Time was sitting at Number 26 on the iTunes chart on Wednesday proving people are loving his comeback. 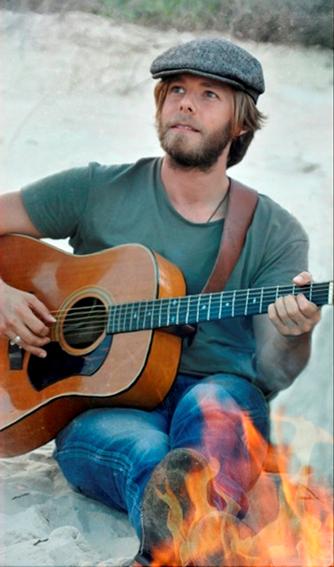 When I first heard Been A Long Time my ears immediately pricked up, and lately that hasn’t happened for a long time (no pun intended…hehe). It’s such a positive, summery and infectious tune and clearly people can’t get enough of it!

It’s clear Wes wants to shake off the “former Australian Idol winner” stigma and become a singer/songwriter in his own rite. He has written in LA and even in France. One of his besties just happens to be the legendary Don Walker who was in Cold Chisel and continues to write iconic with artists and bands.

Wes is just enjoying life and whatever comes his way. He’s a very laid-back artist who in the moment, not rehashing the past.

This interview was refreshing and inspiring. I hope you enjoy it.

Your new single Been A Long Time has a Jamaican, summery feeling which is infectious like a smile. When and where did you write it?

I wrote been a long time in the LA desert going out towards the Joshua tree one afternoon, I got lost and couldn’t find my way back … The whole reason I went out into the middle of nowhere was to reclaim a sense of self. I just felt like It had been a long time that I hadn’t felt that free…
prior to that I felt like I didn’t fit anywhere and wasn’t as happy as a human should be.

I quite like the line a “Bloody long time” in the song. Was that your ockaness coming out in you?

Well it was a combination of listening to Supertramps “Bloody Well Right” and the Aussie term; the vocal was one take and it came out spontaneous…
So we decided to leave it in… spontaneous music is always the best.

So Wes, yes it’s been a long time since we’ve heard anything from you! What have you been doing?

I’ve been writing the new record… taking some time out to reflect and just be.

Is it true that you started writing songs at the age of fifteen?

I was twelve when I wrote my first tune on guitar. It was called Mr Aphrodisiac. When I was eight I used to make up tunes too, one was called Kingfisher The Flying Kangaroo… But I got serious and prolific at around fifteen when I moved from Adelaide to Sydney, and started playing local gigs around town.

Woah, you’ve written with Don Walker, amongst other legendary songwriters. Can you describe the feeling of being in the same room as these people, yet alone writing with them?

Well Don has been a friend of mine for quite a while now, I met him when I was ’bout 21 and wrote a bunch of songs, we got together to write for this record and was a really enjoyable experience. We share the same passion for good music. (Jacqui: I’m in awe right now!)

Ulitmate songwriter would have to be John Lennon… Jim Morrison was the Ultimate Shaman and Kurt Cobain first taught me how to feel..

How do you find performing these days?

I always Love performing it’s the best way I communicate. When the crowd lock into what you’re playing there’s a certain energy that you can’t describe… It’s the best high!

Do you have an album being released in the year ahead?

Are you excited about your future?

Yes, whatever that is..? I can’t wait… whatever happens … happens…

People, support great Aussie music and download Been A Long Time from iTunes.

Linkedin
been a long timeidolwes carr