Jacqui James Leave a Comment on The Circle – Bon Jovi 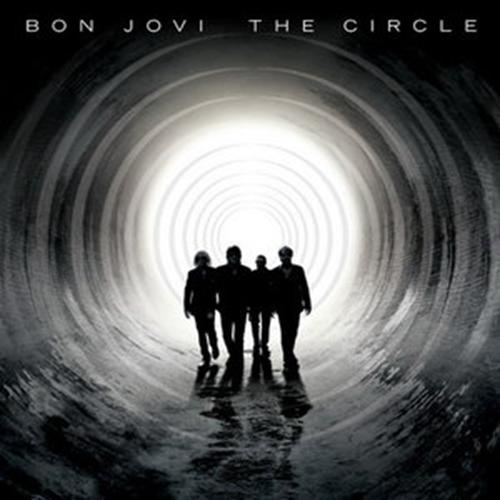 AS MY REGULAR READERS KNOW I’ve been a Jovi fan for many years, but been disappointed with their last two albums. I am so wrapped to be able to write a positive review on their latest album The Circle.

The first track is the crank worthy single We Weren’t Meant To Follow. As I’ve describe it before, it’s a typical Jovi athem that gets your blood pumping! This song will be a Jovi classic for sure.

Jon, Richie, Tico, Dave and Hugh have gone back to their roots, maybe doing the full circle in their careers. The 80’s workclass conscious Bon Jovi have reappeared in many of the tracks on The Circle like Work For The Working Man, inspired by the global financial crisis.

Superman Tonight is one of the different sounding tracks on The Circle. It’s has a Snow Patrol urgency to it! I can’t get Thorn In My Side out of my head; it’s so catchy!

As Jon and Richie get closer to 50, their attitudes towards life are more apparent on The Circle almost to the point of you wanting to say “OK we get it, appreciate life!” The Circle is also very more spiritual than their other ten studio albums, Live Before You Die is an example of this.

Love’s the Only Rule has some great verses, though the chorus is a letdown though. It’s not a Bon Jovi album without the whoa-whoa electric sound appearing at one stage. Even though it’s only for a few seconds it’s there at the beginning of Happy Now.

The Circle finishes with Learn to Love; a ballad about making peace with past mistakes, again showing not only maturity but happiness.


The Circle gets four out of five frangipanis! Jovi, keep rockin!