Jacqui James Leave a Comment on Science and Faith – The Script

Science and Faith
The Script

THE SCRIPT
with their anticipated second album Science & Faith have positions in the top three on the album charts both in Australia and UK. In fact the new album debuted at number three in Australia! Not bad for a young Dublin band! 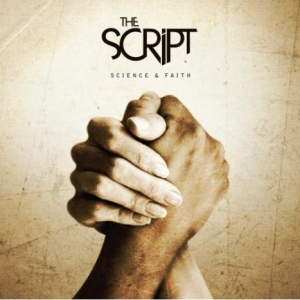 Continuing on from their debut self titled album (2008) which was hugely successful with the singles We Cry, The Man Who Can’t Be Moved and Breakeven, the new album Science & Faith has ten tracks which all could be chart-topping singles!

Writing beyond his twenty-five years The Script’s singer Danny O’Donaghue portrays stories about lost loves, breakups and the emotions that come with them. With his bandmates Mark Sheeman and Glen Power always show how their originality shines through. Everyone can write songs about these topics, but with The Script there’s always an overwhelming honesty to every track.

On Science & Faith there are catchy songs with infectious hooks that you can’t help singing. If You Ever Come Back sticks in your head and suddenly you find yourself singing the hook “If you ever come back… if you ever come back” out of the blue. Deadman Walking is another catchy song that would appeal to listeners everywhere.

The first single from Science & Faith, For The First Time debuted on the Aria album chart at number twelve showing how Aussie fans have embraced the band and I’m predicting The Script will have more chart toppers with upcoming singles from the album.

Science & Faith gets five out of five frangipanis from me.