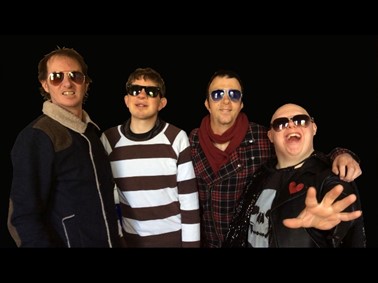 RUDELY INTERRUPTED ARE a little indie Melbourne rock-pop band who are making big interruptions in the music industry, not only here but internationally.

The group of four guys were the first indie group to play at the United Nations in New York in 2007 and since then have traveled to such places like Canada, Hong Kong and New Zealand. They have received ravving reviews from world-known publications like Time Out Magazine and The London Times.

Rudely Interrupted’s music is highly infectious as it’s filled with positively and messages about acceptance. I Am Alive is an example; it’s a track about feeling heartbroken, but looking at the positives of being alive.

I was lucky enough to chat to Rohan from Rudely Interrupted who is absolutely lovely! Thanks for such in depth answers Rohan!

Hi Rohan! Thanks for chatting to me and becoming a member of Gigs ‘n Interviews family. Firstly congratulations to Rudely Interrupted for your great new single I Am Alive! It’s a very catchy pop tune which is being loved by fans, radio stations and critics alike. This must be an amazing feeling?

Yes, thank you, we love it too! It’s our fav song at the moment as it’s a great single! I Am Alive and the whole EP is strong, all killer no filler we say. The EP 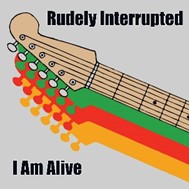 was mixed by Greg Wales in Sydney at ABC Studios, we are really proud of the record. The songs are about hope and our experiences, and I Am Alive is definitely our best yet.

I Am Alive is about the feeling of being alive, the ups and downs are what make us all human, we embraced our differences, we want to tell people to go for their dreams, try, fail, succeed and experience all life can offer no matter your situation, never give up.

(I Am Alive is available on iTunes or rudelyinterrupted.com)

Can you tell us how Rudely Interrupted was formed?

{I} Rohan met Rory in 2006 when Rohan was attending his father’s Australia day party, Jonathan Burnside is a record producer and my friends band Spoonful were recording with Jonathan. Rory’s little brothers were stealing food from his plate and I interjected much to Rory’s delight. We connected and on return to work I put a group of musicians together with the idea of forming a band whose members were living with different challenges to help them experience a professional music environment.

Josh and Sam attended as well as many others and when Rory asked me if you can die from a broken heart, the connection was made and our first song started to grow Don’t Break My Heart. Josh sat behind the drums, put together a solid drum beat and it blew me away. That was eight years ago, a lot has changed in this time, especially with the engine room of the band Josh Hogan.

Woah! You guys have been invited to play in America many times! How did these trips come about?

We throw ourselves into the music and performance. We take it very seriously, but we always have fun, we love the songs we play, the remind us of how far we’ve come and all the touring successes we’ve had around the world. On tour it’s busy, hotel to hotel, gig to gig, we do what we need to do to get to the next show and perform to the best of our ability.

As for highlights I think the UN was a mighty way to introduce ourselves to the world, a lot has changed since then, but it felt very life affirming, an incredibly uplifting experience and also very humbling, being the first independent act in the world asked to perform at the UN was incredible for us all. The band was really young when this opportunity happened and over the years we’ve really honed in our skills and performances and feel we’ve worked hard for our spot in the world’s music culture. 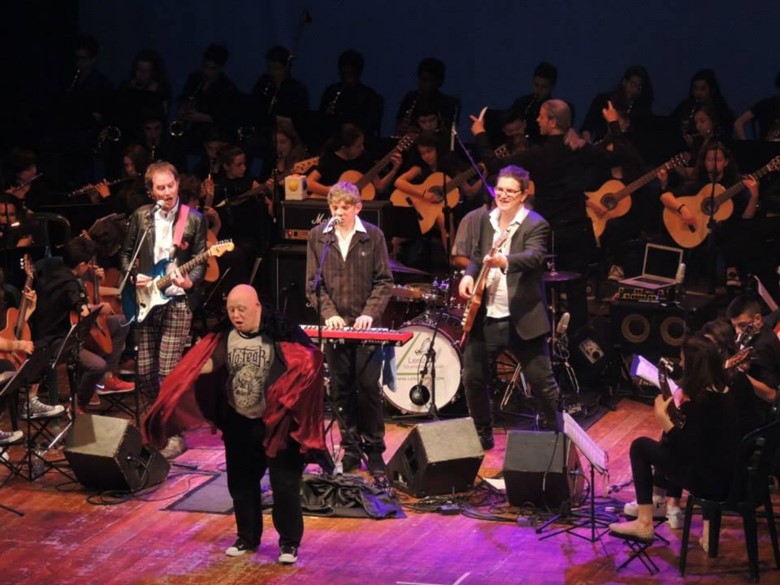 Where do you get your inspiration from to write songs?

We get a lot of our song inspirations from the conversations we share. Working with the guys makes for a very unique environment to collect creative sparks from. We have fun, we encourage each other to express and build a strong work ethic around our instruments.

We get a lot of our song inspirations from the conversations we share. Working with the guys makes for a very unique environment to collect creative sparks from. We have fun, we encourage each other to express and we build a strong work ethic around our instruments and the music grows from this environment.

I Am Alive our new EP has a theme of anything is possible. It’s about hope, don’t be greedy, work hard, support others and have fun. Anything really is possible, and I think there’s an overall positive successful feeling that comes from the EP.

I love the name Rudely Interrupted because I have a feeling I know why you guys chose it. Can you please tell my readers what significance your band name is to you guys?

Rory came up with the name, he feels his life has been rudely interrupted by his challenges, he uses his skills to connect to the world around him and so he’s turned his life into a very positive experience for himself.  He uses his perceived weakness as his strength, it’s actually his unique factors that help him tell his story musically. So it’s rather awesome to see his life and opportunities evolve with the band.

It’s very admirable you don’t label yourselves as musicians with disabilities; you’re just a rock/pop band.

Yes, it’s about music, that’s right. Right! Saying that with an LA accent it works better..{laughs}

What can people expect when they go to your upcoming Aussie gigs?

Well we are so proud to announce we have an incredible sponsor for the tour I Am Alive Australian Tour in the Frasil Foundation, and it’s incredibly exciting for us. We also had support from the Australia Council for the arts also for the ‘I Am Alive Tour’ so we’ve been working hard. It’s a real honour to have such strong support from the Frasil Foundation and we’re looking forward to building a really strong working relationship together for the I Am Alive Australian Tour and over the coming years, it’s extremely exciting for us all.

In the years past, back in our earlier days, there’s always been a few hick ups along the way, we’ve had police, ambulance, security and even fire brigades involved in some of the hotel experiences. Faking heart attacks was a phase Sam went through, but we’ve moved on from these crazy rock kid behaviour, much to our tour managements’ delight. It’s still funny as hell touring with the band. We’re a lot tighter touring unit these days, on stage and off stage, it’s still fun and we’re really enjoying the togetherness and the energy we feel when we perform together.

What do you do in your spare time?

Well there’s not a lot of time off when managing this band. We have the luxury of having the time to spend on playing and rehearsing our show so that’s a big bonus for us all, but there’s a lot of other requirements to keeping the band working and surviving. It’s more than a fulltime job for myself; it’s my life, and I couldn’t think of a better way to live it.

Us guys have a pretty full life besides touring and rehearsing, Josh is working on a farm in Eltham, Rory works with me a lot writing and just building a strong work ethic, he loves his gym workouts too. Sam is an artist and is working on a few solo projects outside of his duties with the band. We all have a full schedule and we all put the band first, it’s important to all of us and we’re thrilled to have the opportunities in front of us.

Thanks again Rohan for your time! I wish Rudely Interrupted all the best for the future as you’re a bunch of very talented musicians!

For more information on Rudely Interrupted, please check out these site: