SHAUGHN DIVINEY IS A  brave young singer/songwriter who isn’t afraid to mix genres together to produce an original sounding EP.

“Diviney” has released his debut EP Sex/Games since departing from the hugely popular and successful band Short Stack. Sex/Games has been very well received by the Australian public as the EP reached Number 3 on iTunes’ rock chart. 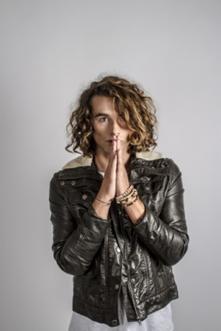 However, Sex/Games isn’t exclusively an EP full of rock tunes. Mixed by Mark Needham in Los Angeles who has worked with The Killers and Pink), alongside long-time producer and label co-founder Trevor Steel and keyboardist Sinj and co-produced by fellow Short Stacker Bradie Webb, they all definitely weren’t afraid to explore new genres to produce very unique tracks.

The title track Sex Games has an electric pop sound, and has an 80’s sound to it. Actually all of the tracks on Sex/Games mash several genres together with outcomes that produce tracks that are unique and more importantly their catchy.

The track Never Love A Wild Thing is the rockier track out from the six tunes on Sex Games with catchy lyrics and a darkness with a punk sound. Whereas Crying Your Eyes Out is a ballad which I believe has an Oasis influence to it.

Dance With The Devil which is a Bradie Webb re-mix is a really cool sounding track. Starting off with bells, piano and acoustic guitar then this thumping beat comes in. It’s something definitely fresh and so unique.

Shaughn Diviney is an emerging singer/songwriter to watch! He’s heading on tour in September. Below are the tour dates: