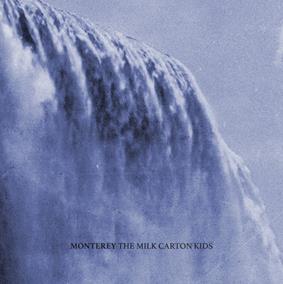 THIS ALBUM IS a real pleasure. In an era of heavy production and looped instruments, The Milk Carton Kids use just acoustic guitar and their gorgeous, harmonious vocals on Monterey.

Their songwriting is delicate and angelic to the point where you swear you’re listening to music from the 1960s. Beyond the obvious comparisons to Simon & Garfunkel and Peter, Paul & Mary, the Los Angeles folk duo capture innocence yet tackle life’s great mysteries with the title track. They delve into self-reflection and the compulsion to question life on ‘High Hopes’, while ‘Shooting Shadows’ tells a familiar story about having regrets over a past relationship and not expressing an apology. As well as being likened to some of the great past duos, one can hear the influence of recent deities like Jeff Buckley (‘Sing, Sparrow, Sing’) and Radiohead (‘Deadly Bells’). Monterey is an album for people who are looking for inspiration to appreciate life.

*Originally appeared in The Big Issue #485.