IN 1986 PSEUDO Echo burst to Number 1 in Australia with their new-wave electronic pop sound with their version of “Funky Town. The following year the dance-filler single hit Number 1 in New Zealand and Canada, and achieved top ten status in the US and UK.
Even though “Funky Town” was Pseudo Echo’s biggest hit, the band enjoyed a run of hits including “Listening”, “A Beat For You”, “Don’t Let Go” and “Living In A Dream”.
Being one of Australia’s constant and favourite live acts Pseudo Echo still get their crowds up and dancing with the above hits and still sounding better than ever, it’s no surprise the band has had the privilege to record in LA’s Viper Room this year. Pseudo Echo’s electronic pop sound hasn’t dated as they have incorporated rockier tones into their live sets. (Visit here to find out how to purchase the live CD)

Last month witnessing Pseudo Echo’s power over 2,800 80’s music fanatics at the Pure Live gig, I decided there and then I needed to interview Brian Canham because they were the stand-out act of the night (or in other words, because Pseudo Echo were bloody awesome!).

So thankyou Brian for your time and for chatting with me.

G’day Brian! It’s an absolute honour to chat to one of my 80’s idols! Pseudo Echo have been doing gigs for years! You guys still have it to make people get out of their seats! How have you maintained your spark?

I still love performing live and I am very passionate about my music. I guess some of that rubs off on our audience.

Amazingly you were only 24 when Pseudo Echo covered “Funky Town”. How did you come up with the sound that was so advanced for that time?

Whenever I produce a song I always try to find a sound that is different, though  keeping in mind current production trends. I remember referencing songs from a few different musical genres, EG: Styx, Bananarana, ZZ Top (extreme as they may be), which I molded the various production styles and combined with our own.

Re-watching your 80’s videos now, do you bow your heads in shame or proudly own the big hair and bright colours?

Haha, a bit of both I think {laughs out loud}. There’s definitely some “cringe” factor, but at the same time I’m proud that we had the initiative to go for something against the mainstream at the time.

What do you think of today’s electronica music? Do you embrace it or worry that it’s making music lose its organic sound?

I like some of it, and how I can hear influences from 80s music. But sometimes I think it can mimic too closely and lose its originality.

Pseudo Echo have recently recorded a new live album in Hollywood’s famous Viper Room. What was that experience like?

It was a long time coming and high on my “bucket list” to do another Pseudo Echo show overseas, so it was incredibly fulfilling. I’m so glad we did it, and that we recorded it too. It is great to have it available as an album and that people can experience what we recorded.

Thanks so very much Brian for your time. I was at one of the Pure Gold Live gigs and you guys were awesome and the crowd was the liveliest during your set!

To catch Pseudo Echo live, here are their dates: 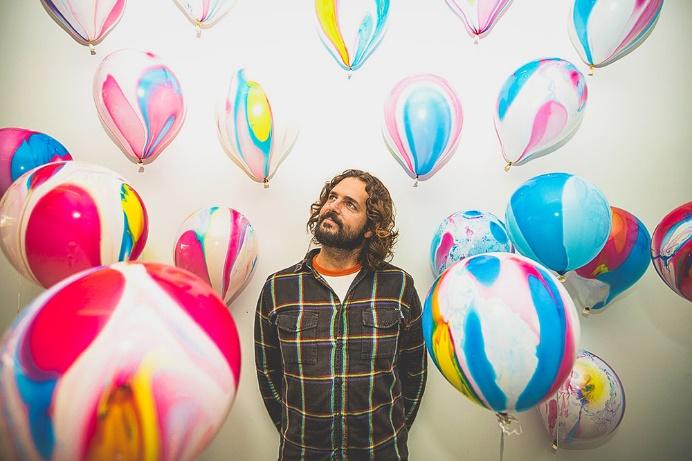