Skip to Content
Home / Gigs / Our Girls’ Night Out With Diesel

THERE’S NOTHING LIKE a night with the girls! Last night was like going back in time as The Hallam Hotel were my school friend and my stomping ground! I think Diesel was our first over 18’s gig at The Hallam! 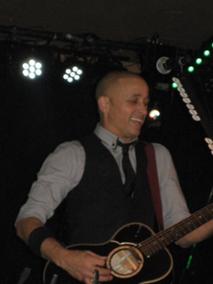 In fact at one stage it was déjà vu because last night Diesel and his band didn’t come onstage until 11:30pm reminding me of one of his Hallam gigs in the 90’s. However back then he wasn’t as forgiving to the crew, cracking it with the crew because there were technical difficulties. These days Diesel is a very contented man who gives his all to his fans. It was worth the wait though.

There’s always something magical about being able to see your favourite artist/band up close (especially when they recognise you). One of my sweet friends slowly drove me to the very front row and I have to admit watching Diesel play his many guitars was mesmerising. From being a fan of his for twenty years I’ve learned to appreciate great guitarists including Keith Urban, but watching Diesel play up close was one of the great honours I’ve had. When Diesel and his band does Hendrix’s The Wind Cries Mary, it’s like he’s channeling The Great Man himself. 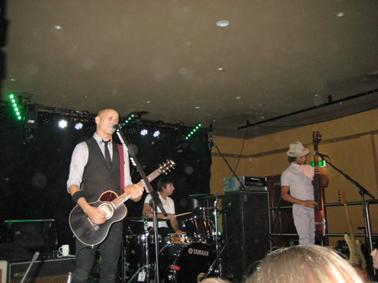 The Velvet Curtain Tour celebrates Diesel’s 25 year amazing career which highlights the many genres he has successfully dabbled in throughout the years. From his Injectors days to Love Junk to his blues collaboration with Chris Wilson on the album Short Cool Ones, Diesel with his band played hits that everyone knew and loved. The crowd often sung along to Diesel’s classics.

I won’t go on too much but in whatever setting Diesel plays in, it’s always a joy to witness.

The Cheeky Charmer of Ronan Keating