Jacqui James Leave a Comment on New Music From Maroon 5

LAST NIGHT I became overly excited when I saw Maroon 5 have a new single out that’s already Number 3 on the Aria Single Chart. 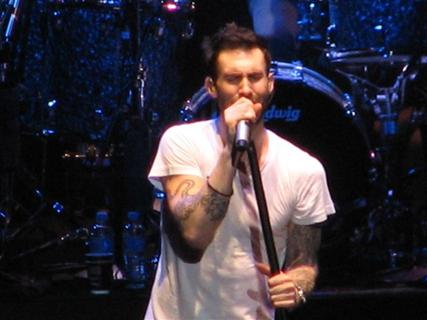 Payphone is from their upcoming album Overexposed which from what I can gather will be out in June. Also in the same month they’re releasing a special 10th anniversary of Songs About Jane.

Some people (mostly jealous males) think Adam has become an arrogant mega rockstar who has it all and flaunts it (the fact he dates supermodels doesn’t help!) but if you listen to the lyrics to Payphone, it reveals a heartbroken man like many previous Maroon 5 songs have.

I chose to post the explicit version of the song as we all know how true the line “One more fucking love song I’ll be sick” is so so true!

All I will say about the video for Payphone is there’s something for the men as well as the ladies.