Skip to Content
Home Interviews My Interview with Ronan

Jacqui James Leave a Comment on My Interview with Ronan

IT’S VERY HARD TO BELIEVE that Ronan Keating is entering his eighteenth year in the music industry and he’s about to turn only 35. Boyzone had an incredible sixteen top five hits, but it was when Ronan released When You Say Nothing At All which appeared on the Notting Hill soundtrack, Ronan’s solo career rocketed. 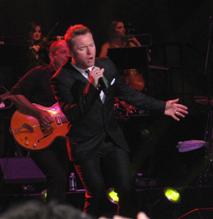 His debut album Ronan sold 4.4 million copies and since he hasn’t looked back. He has released seven solo albums which have always landed at the top of the charts, including his latest When Ronan Met Burt. This album was amazingly recorded by working on each track for only an hour and half! In fact, Burt Bacharach (one of the greatest songwriters ever) called Ronan “a pure genius”.

For the past four year Ronan has spent a great deal of time in Australia! Unbeknown to us, his Day On The Green concerts in early 2010 were his teaser for being able to seeing him every week on X Factor Australia. And of course he mentored the 2010 winner Altiyan Childs which to this very day he’s still very proud of.

In 2011 there was no slowing Ronan down. As well as continuing with X Factor Australia, he filmed his debut acting role in the Australian movie Goddess, which will be released later this year.

You could never imagine how extremely privileged, honoured and excited I am to bring you an interview with a SUPERSTAR like Ronan, but at the same time it’s inconceivable because after four years I have had success! A huge thankyou to Fiona from Michael Coppel for sending my questions onto Ronan’s management; you’ve made the persistence worth it. Also to Ronan himself, thankyou from the bottom of my heart for answering my questions.

So without further adieu, here’s my interview with Ronan.

You chose the winner of the Australia X Factor 2010, when everyone else couldn’t see the potential. Was that just following your gut? Do you have any regrets about your choice now?

I just thought Atiyan was totally different to the acts you’ve seen before on X Factor. I totally believed in him and still do. He may have had a few knocks along the way but I believe he’ll get to where he wants to go.

It’s safe to say you’ve become an honorary Aussie! Are we really like your Irish counterparts?

I feel very at home here in Australia and for that I’m truly grateful. Yes, there are a lot of similarities between the Irish and Aussies. There’s a very positive outlook down here which I love.

The work of the Marie Keating foundation has been truly remarkable from its inception to now. You must feel very proud to have created an organization that helps women and men deal with their cancer and ongoing treatment. What can people do to support the foundation?

It’s {been} fourteen years since my mother passed. At the time we knew very little about cancer and I truly believe that if she had been checked earlier she could have been treated and she’d still be here today. If cancer is caught early enough it can be beaten. That’s the message that we try and get our through the foundation and it’s partnership with cancer research UK.

Over the past three years you’ve been one busy man releasing two albums (one Australian exclusive duet) and when Ronan met Burt. Your wife must call you a work-aholic. What do you do when you’re chilling out?

I’m not the best at chilling out but really just spending time with the family is how I love to spend any down time. I travel lots so it’s just great to get time at home back in Dublin when I can.

I guess the whole celebrity culture is a little mad at times but I’m lucky to do what I do so I’m happy to accept that some people may be interested in the music and others maybe not so much.

Mentoring hopeful artists must be a real privilege for you. Do you ever have sympathy for the winner though because they’ll then be scrutinized by the media as you and many have been in the past? How do you prepare someone for that?

The music business can be very tough but also the rewards and opportunities can be amazing. You can’t really have one without the other. It’s hard to prepare someone for the madness as everyone reacts differently to various situations. I guess the trick is to try and keep some normality in your life as a focus.

I guess it’s a toss-up between Elvis and Sinatra.

Mel B took over Kyle’s seat on X Factor Australia 2011 very nicely! Who’s the more passionate (or in other words vicious)?

They’re both very different characters but equally vocal with their opinions I guess. I get on great with both but if it came to a fight – my money would be on Mel!

How excited are you about finding next Australia’s x factor winner?

Nothing is confirmed as yet for this coming year but hopefully thing will work out and I’m sure there’s more talent for us to find out there.

You recently toured Australia and New Zealand. Did you love it especially with Sharon Corr supporting you?

I love being on tour so to get the chance to play here in Australia again is great. Sharon is lovely so that makes it all the better to have her on the road with us.