IF YOU LOOKED up the definition of someone who never gave up on achieving his ultimate goals, Michael Paynter is definitely would be on the list. 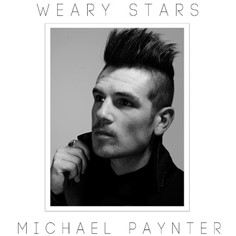 Weary Stars is Michael’s debut album that was released on Friday and on Saturday Michael happily thanked his Facebook fans for taking Weary Stars to “number 18 on the overall album chart and number 6 on the pop album chart!” Even JB HiFi has “marked” Weary Stars as “Highly Recommended”.

Listening to the album it’s clear that Michael has lived and learned. When he was 19 he signed with Sony and was fortunate enough to travel the world recording with some amazing musicians and producers including Guy Chambers (Robbie Williams), Toby Gad (Black Eyed Peas and The Veronicas), Gary Clark (Natalie Imbruglia) and Adam Argyle (Newton Faulkner). After years of traveling Australia doing gigs at little and huge venues around Australia, Michael made the brave decision to leave Sony.

For some of us people who have had the pleasure of dealing with Michael, it became no surprise when Australia fell in love with him on the 2013 Voice, enabling him to reach the “final four”. Throughout the season he received constant praise from all four judges proving he has a vocal range that’s rare and the ability to connect with people and their emotions.

In 2010 when interviewing Michael, I knew how much a determined artist he was then. So it is wonderful to finally hear how well people are receiving his debut album Weary Stars and single of the same title.

So it gives me a real pleasure to share Michael and my recent interview with you. Thankyou Michael for your time again and thankyou to the gang at www.onthemappr.com. 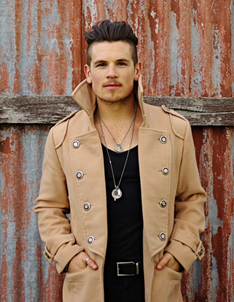 Hi Michael! It’s wonderful to finally seeing you back in the spotlight and seeing you release your single Weary Stars from your album of the same title on January 31st! Can you describe how you are feeling to have everything happening?

Thanks so much. I’m just feeling a huge sense of relief. When you make music, you do it so that it can be released into the world to move people, and when you have ability to do that inhibited for so long, you start to get very frustrated. Now that the floodgates are open, there’s no stopping it!

You say, “Sometimes you have to know when to walk away” talking about your departure from a big label. Do you think as people get older they remember the real reason why they’re a singer/songwriter?

I think sometimes life takes you off track a bit. I’ve definitely been guilty of losing my way along the journey. I think beautiful thing about music is that it has a way of revealing the honesty inside you. Fake music can be fun, but only a REAL tune with depth and character can move people into action.

Like everyone, you’ve experienced challenges along the way. Are now grateful for being challenged?

What prompted you to audition for The Voice 2013? Did the experience change you as an artist?

I needed a way to try and get my album out, and I am always looking for ways to learn and grow. I got to achieve both those things with the show. It definitely added some more strengths into my ‘toolkit’ and taught me a lot about who I am.

You and your mentor Joel Madden formed a special working relationship based on mutual respect for each other. Did he give you good advice to achieve your goal?

He had some great advice. Yeah….it was a good experience.

Weary Stars has a great positive sound! Is it about your departure from your precious record label?

It is, but it could also be about any massive life change people are going through. Sometimes, the most frightening part of change is waiting and watching it approaching. Once it happens, it’s usually a relief.

Are you just loving doing gigs around the country?  My friend saw you a couple of Saturday nights ago in Melbourne and she raved about you and your Weary Stars album! It must be wonderful to get feedback like this?

It’s awesome, and I love meeting people on the road. One of the greatest joys in music is playing to a room full of people and having them walk out of the show feeling like they know more about you as a human than when they walked in. That’s a special thing.

After your album is released, what are your plans? More gigs?

Definitely. I’m also really enjoying being in the studio working with other artists – producing and mixing. There’s gonna be a lot of releases this year that I’ve had the opportunity to be involved in. It’s exciting.

You have many loyal fans who have supported you from your beginning! (by the way, do you have a nickname for your fans? *winks*) What would you like to say to them?

Ha – not really. I’m kinda old school… That sort of thing wasn’t around ‘in my day’. But I would like thank them for sticking around. For being faithful and supportive and for giving me a reason to do what I do!

Weary Stars is available now at all good record stores including iTunes.