BEFORE NORTH WAS RELEASED on Friday (for us very lucky Aussies anyway) it was hard to believe it is almost ten years since their previous album Yourself Or Someone Like You with all studio songs on it. 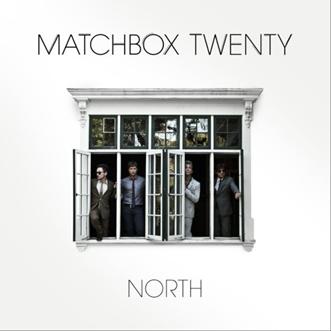 However, now listening to North (twice now) I realize how much Rob, Kyle Cook and Paul Doucette have all evolved as songwriters.

Unlike their past albums before, North shows a much more mature and diverse sounding Matchbox Twenty. From pure rock (Parade) to disco (Put Your Hands Up) to country (I Will and I Believe In Everything), North has it. The stand-out ballad Overjoyed which just happens to be the second single is just so sweet and once again demonstrates how the band as a whole have grown up.

Matchbox Twenty first experimented with huge symphonic endings on Mad Season. On North, English Town is this dark, mysterious and atmospheric track which lifts at its chorus. It has a big fat guitar solo after the bridge and at its end is a great symphonic ending.

North has several tracks (Our Song, I Will, Straight For Life) which are about couples loving each other no matter how many issues they have.

Radio is the cleverest songs I’ve heard in a long while. It has a upbeat, heavy drumming 1930’s sound and the following gold lyrics, “Like a song that’s been playing for all our lives, we know it’s right,we heard it on the radio“.

All I say, bring on October for Matchbox Twenty’s Australian tour.