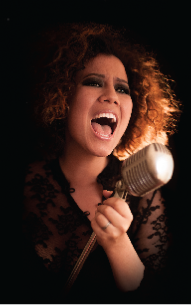 BETTY DAVIS WAS one sexy and raunchy artists of the 60’s and 70’s. Her lyrics were full of sexual references, some of her songs were boycotted by radio stations due to religious groups. Listening to the album, you appreciate how Betty Davis’ music would have been accepted by women during that era. Her lyrics are empowering and unshameably raunchy; totally opposite to the mainstream music released to the mainstream music.

Fastforward to 2014, Mahalia Barnes was in the studio with her Dad (Jimmy Barnes) and producer Kevin Shirley who has worked with Joe Bonamassa where she sang some Betty Davis songs and there was born the idea of Ooh Yea – The Betty Davis Songbook which will be released on February 24th.

Joe Bonamassa’s bio is incredible to read. For a twenty-six year-old, Joe has accomplished so much! At the age of twelve he opened a show for B.B King and in the last thirteen years he has released FIFTEEN solo albums. So when Kevin got his mate Joe onboard the Ooh Yea – The Betty Davis Songbook the result was bound to be one amazing album. Joe’s guitar licks, riffs and solos compliments Mahalia’s raunchy and raw vocals.

Mahalia confidently slid into singing an album of Betty Davis’ classics including If I’m In Luck I Might Get Picked Up, He Was A Big Freak, Game Is My Middle Name and Walking Up The Road featuring her Dad. Her vocals go from being sweet to raunchy; becoming different characters within songs.

Thankyou very much to Mahalia for answering my questions. Again from February 24th
Ooh Yea – The Betty Davis Songbook will be available to purchase.

G’day Mahalia! How are you? Listening to Ooh Yea – The Betty Davis Songbook, I could hear how you took on Betty Davis’ persona comfortably and confidently. How did you prepare yourself to take on such a brassy artist?

Hey there! I am great thanks. Excited about this record! I really love Betty Davis and I have listened to her for many years and been influenced by her music. I was a little nervous about a couple of the songs at first, I mean you have to really commit to sing some of those lyrics, and I am all about honesty and heart in music…but as soon as we started tracking, I felt completely comfortable, I loved it! It didn’t really take too much “preparation” as such, knowing I was working with an incredible team of musicians and with Kevin Shirley, singing songs I love, I just tried to get myself into the right headspace and be present, no thinking, all feeling.

What I love and admire about you and your Dad, Brother (David Campbell) and Uncle (Diesel) is you all now make these really cool organic albums with hardly no recording tricks (this album was recorded live over three days) . Where does this music ideology come from?

I guess for me, I really love so many records that were made like that. I love music that is real, raw and heartfelt. I definitely see that with production and time amazing things can be done, but I want to capture that excitement and energy of a live performance. I am not afraid of the imperfections, I love the capturing the emotion. My band work together so well and have played together for so many years now, I think we bring out the best in each other recording that way.

Listening to He Was A Big Freak, I was imagining you singing it in front of your all-male band; for the first time, and I cringed! Was it confronting singing those kind of lyrics initially?
It was a little confronting when I thought about singing it for the first time, but actually, when it came to recording it, it came out with no hesitation. I guess I put myself into her shoes. I just had a lot of fun with it, it was quite liberating really. The guys in the band are my best friends, Ben the bass player is my husband, we all laughed a little initially, but I am so comfortable with them, and it takes a lot to make me uncomfortable. 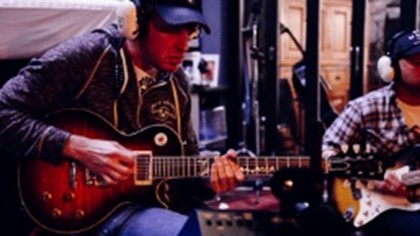 I love how your family are so “normal” and not fearful of PDA’s (public display of affection). How was working with your Dad on Walking Up The Road, which is just one of the raunchy tracks on the album?

It was fun! It was a bit of a last minute decision to get him on the track. The studio is in his house so when we were doing that particular song we just thought it needed a little something…a killer scream and there he was… I think it really suits the track and I always seize the opportunity to sing with Dad. Of all the songs, it’s not really a raunchy or awkward one for us to do together, it’s more of an uplifting one.

How were your gigs last week?

The gigs were amazing!! I just want to do more ASAP! The band and I always love to play live, and having Joe there was a real bonus! We are so grateful he wanted to come and play with us, and it’s lucky he could get fit it in his busy schedule. Joe works nonstop, he’s incredible. These songs were fun to record, but live is really something special I think.

Thanks very much for taking the time out to answer my questions Mahalia. I thoroughly enjoyed listening to Ooh Yea – The Betty Davis Songbook! Also thanks Alex Optiz and Premiere Artists for your assistance!