LEO SAYER HAS still the work ethic “the show must go on” as he celebrates his 60th birthday in 2015. As well as releasing his latest album Don’t Wait Until Tomorrow, on Saturday he’s wrapping up a national tour in Tasmania. 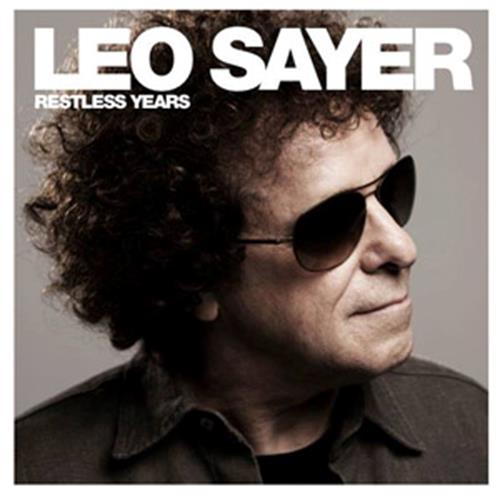 Don’t Wait Until Tomorrow is the first album recorded in Australia where he has called home for ten years now. The album is a catalogue of his hits such as One Man Band, Orchard Road, You Make Me Feel Like Dancing and Long Tall Glasses, but the tracks have been renovated as “reinterpreted and reborn.”

I was extremely lucky to catch the busy Leo whose gigs go over two hours everytime he steps on a stage. So I bow to you Leo, and thankyou for your time.

G’day Leo! How are you? You’re just over one month into your Restless Years Tour Australian 2015, celebrating 40 years in the music industry! You obviously still must love touring immensely?

Oh yeah! This is my life and I love every aspect of it. Making records can be hard work, but once that’s done, touring and playing live concerts is like the icing on the cake.

You recorded your new album Restless Years here in Oz, where you now call home. What made you decide to make Australia home?

{It was } a number of factors. The idea came to me as soon as I stepped on Australian soil, in 1974. It was great then, but I think Australia has come on by many leaps and bounds since then. I’ve been visiting so many times, and made so many Aussie friends, that it seemed logical to be here. My partner and manager Donatella feels the same way, so ten years ago we took the plunge and have been happy Aussies for the past decade. We love it so much we became citizens five years ago, so this is our home now.

Can you describe what your new material is like on Restless Years?

It varies, which is how I like my albums to be. Every song is a different style, and I wrote them all. I’m very proud of it.

The remix of Thunder In My Heart was a big hit for you in 2006. Are you a fan of new technology producing music?

Yes, to a point. I use my computer to compose and arrange my songs into fairly complex and templates that I then take to live players for the final recording. You can’t beat a real rhythm section, but it’s great to have all these toys at one’s disposal. I’d just say that if you can play, then do play, not program. It still sounds better.

Your motto is “The Show Must Go On” which is a great attitude to have in life. How do you keep your spark about you after so many years of touring?

Oh, I still love creating music and am thrilled by that, so that helps me remain fresh. I always tell myself onstage it’s the first time I’m performing the song, and that works too. I’ll never get sick of singing my songs as I am constantly reminded that I owe them my living.