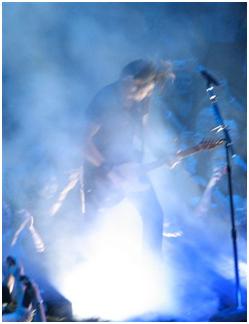 KEITH SAID SMILING, “Good evening Melbourne, nice to be back in Australia!” dressed in a simple black t-shirt and jeans.

It’s always a real pleasure to review artists/bands who are in it to please and give back to their fans. Keith Urban is a man who always strives to deliver his best every night! “What an amazing night ” he remarked as he and his band didn’t clearly wanted to stay passed 11pm! They ended gong off the stage until 11:30pm!

Keith performs with his heart on his sleeve which makes his even more likable! His fans connect to his songs whether it’s a song about love, heartbreak, fatherhood or just having a good time. This connection is strengthed by the fact that Keith makes the effort to involve all sections of the arena with singing and himself accessible during his concerts; whether it’s walking through the crowds to get to smaller stages around the arena or giving a signed guitar to a lucky audience member every night! Basically he knows how to be an perfect frontman!

As well as doing all his hits, Keith threw in a few real surprises. From his Get Closer album he played Without You and then leapt into Elvis’ legendary lovesong You Were Always On My Mind. He reinforced he hasn’t lost any of Aussieness at all as one of the absolute highlights was his version of Cold Chisel’s Flame Trees.

You’ll Think Of Me and Once In A Lifetime got huge reception from the crowd where he performed on a smaller stage towards the back of Rod Laver Arena. Actually he just 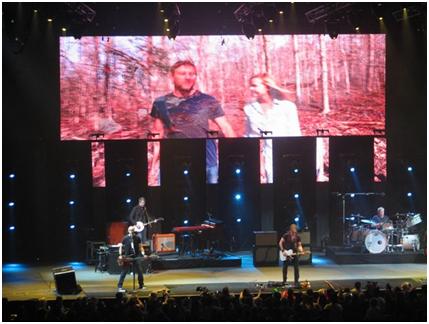 played electric guitar without any backing from and until the third chorus in Once In A Lifetime which sounded very intimate.

As a huge believer that Keith is one of the world’s best guitarists, hearing him go off at the end of Til Summer Comes Around was awesome!

His band is a real bunch of talented artists in their own rights. Throughout the night whenever Keith introduced his bandmates, most would step up to the mic and belt out a few lines of their favourite song.

As my friend pointed out the song had no profanities, no adult content and just was a fun night! The last song Better Life had everyone up and singing being almost a celebration of being there together enjoying Keith’s music.

Put You In A Song

You’re My Better Half

You Were Always On My Mind

Making Memories Of Us

Once In A Lifetime

You’ll Think Of Me

Til Summer Comes Around

You Look Good In Shirt

You Wouldn’t Wanna Be Mine

Ed’s Night At The Forum

Our Girls’ Night Out With Diesel

P!nk Gives Back Love To Australia