IN 1998 BACHELOR GIRL exploded on the music scene both nationally and internationally with their massive hit Buses And Trains and Permission To Shine, which are still played on commercial radio stati 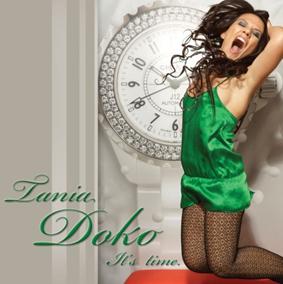 ons to this very day! But what people might not know is the female counterpart Tania Doko is very much still making music and having great success overseas. Tania Doko has carried on as a proud artist, bringing out her It’s Time 6 Track EP  and being involved with different projects. Tania is a versatile artist who can easily go from a ballad (To Whom It May Concern) to dance pop song (Joyride) which was featured in the movie Step Up 3D. Currently Tania in Sweden but is currently in L.A. Living in Sweden has opened so many doors for this talented diva! Her latest collaboration with Jason Chance & Gabi Newman I WIsh You Were Here Now has made its mark on the top 100 on Beatport DJs. She “Can’t wait to reveal all!” Thank you to Tania for your time doing this interview!

Most people would recognise your voice from the 90’s band Bachelor Girl! Would you like to tell us what you’ve done since?

Life post Bachelor Girl has been equally as busy and rewarding. In a nutshell and amongst other things, I’ve travelled extensively, writing and singing on outside projects such as The Veronicas, penned a Taylor Dayne single and Step Up 3D (Disney movie) track, the X Factor Germany first single 2011 single, formed an electro/rock project She Said Yes, toured with Ian Moss, Jack Jones and Jon Stevens, became a full time youth worker for Whitelion, released tracks with various international DJs, toured the Pride circuit, and moved to beautiful Sweden where I’m now making my next solo release to be launched out of Europe.

In 1997 you secured the support act for Darren Hayes with your then band She Said Yes! (actually I was at that concert!!!) Is he a real sweetie in “real life”?

Darren is a sweetheart! Such a talent and a great dance partner post tour. {winks}

You’re now living in Sweden where you’re writing new material. How would you describe your music now?

My music is raw pop/rock, the rip your heart out kind. Some exciting collaborations on the album too. Can’t wait to reveal all!

I’m one of the lucky ones really. It does appear though that most of our pure “pop stars” these days emerge from TV shows, and of course this is happening on a world scale. For me, moving to Sweden was a breath of fresh air more than anything else and an opportunity to work with extraordinary, world-renowned Swedish producers but still be uniquely Australian and self-expressed. A wonderful combination!

Did this make you decide to go to Sweden to live?

I’m one of the lucky ones really. It does appear though that most of our pure ‘pop stars’ these days emerge from TV shows, and of course this is happening on a world scale. For me, moving to Sweden was a breath of fresh air more than anything else and an opportunity to work with extraordinary, world-renowned Swedish producers, but still be uniquely Australian and self-expressed. A wonderful combination!

How did your involvement with a dance track called Wish You Were Here Now come about with Spanish D’s Jason Chance & Gabi Newman? 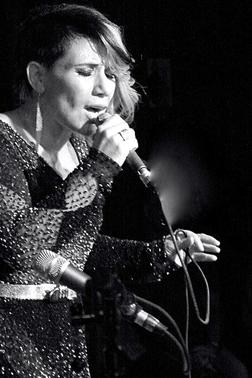 Wish You Were Here Now: I wrote the top line in the gorgeous Barcelona, three years ago during a trip around Europe with my sister, and teamed up with Gabi Newman as one of Spain’s great DJs for this collaboration. He then teamed up with UK’s Jason Chance to turn our “baby” into a rockin’ house electro record. We’re currently enjoying some good chart club reactions for this one…

Do you miss being in a band or do you prefer being a solo artist?

Well, I love mixing it up, and I do love working in a team. It’s why James and I worked together so well. Ying and yang – we always had each other’s back. Being solo has different challenges, and of course different rewards, and has helped me to grow and be even more resilient. I never experience being truly “solo” even as a solo artist, because behind any successful solo artist, is an extraordinary team/family, and that I most definitely have. I have felt like an alien in Sweden many times though, and let’s such say I’m working on my Swedish, slowly but surely {winks}.