SOMETIMES IT STILL surprises and excites me when I come across extremely talented young singer/songwriters, especially of the Australian variety. 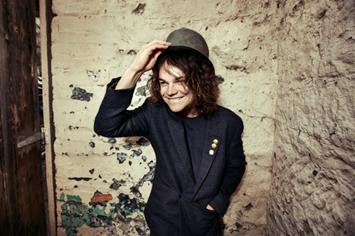 Christopher Coleman is a Tasmanian who is the real deal when you picture someone like a young Bruce Springsteen whose lyrics are rich poetry, his songs have a strong Australian flavour which make you feel and think.

Since winning the 2013 Telstra Road To Discovery, Christopher with his band Christopher Coleman Collective, Christopher’s taken the exposure and run with it, recording a debut self-titled album which released last week.

It was a great pleasure to interview Christopher! What an intelligent, sophisticated and humble young man. 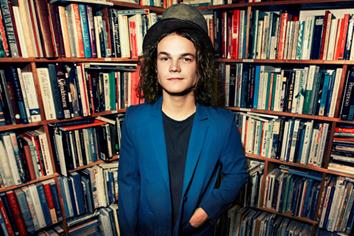 G’day Christopher! You’re a man after my own heart; you’re a poet! Your songs are like a book of poetry of your travels. How and when did you develop the crafts of poetry and songwriting?

Hey Jacqui, that is a kind and generous introduction! It began with the hormones arriving in my early teens, leading me to taking an interest in self-indulgent and juvenile word play.

How has winning the Road To Discovery 2013 award given you opportunities you never had before?

It was unexpected and uncomfortable; I do not believe you can “win” in art. In terms of the program though, I could not speak more highly of it. The opportunity has helped enormously around the release of this album and the upcoming tours through Australia, New Zealand and the US.

How’s it been recording your new album?

I admire you for being very open with the fact you have anxiety and bipolar disorder! Can you describe the “positives” and “negatives” dealing with mental illness?

Both the positives and negatives come from exaggerated highs and lows. It is a pleasure to be running high with inspiration with all the zest possible. When it flips around, all of that is slammed to the ground and finding a way to continue seems impossible. I am now very fortunate with music an outlet, my medication assisting with stability and having some generous people around me for support.

People in the west seem to be driven by “success”. Success for me means contentment and being present. I believe we all want this but it is difficult to remember it when the widespread view of success is indicated solely back your bank balance.

Your music reminds me of Paul Kelly and Ryan Adams. What type of artists do you like?

I like the humble artist, the one who gives rather than takes when presenting their work. In the writing process, I do believe it needs to be about self-expression but when shared, attempting to fill up your audience rather than taking away from them. Glen Hansard from The Frames, Aretha Franklin, Amanda Palmer and Paul Kelly do this so graciously.

Your Dad’s song Stages Of Life is so beautiful, emotional and honest! Did your Dad teach you a lot about songwriting?

Certainly, he is a major influence. But he did not teach me any differently to Dylan, Cohen or Lennon. You just sit, listen and let yourself be marinated within it; non-intellectually.

How was your recent UK tour?

It was good, enough time has passed for me to reflect upon it with nostalgia. We played thirty dates over six weeks north to south in a crew of eight. We played everything from the Edinburgh Fringe Festival to folk clubs where the average age would be 75, to 12th century cathedrals and ratty DIY rural festivals.

Fans is short for fanatics… I am lucky to not have them. Friends though, lots of these.

What’s in the future for Christopher Coleman Collective?

I would like to record and tour a new album yearly and clock out in my seventies.

Thanks so very much Christopher for your time! I’m a poet too so I was really impressed with your songs!