MY REGULAR READERS probably might have gathered by now, I love discovering new artists/bands! However I always am excited when I hear music from a young artist who is a natural-born songwriter. 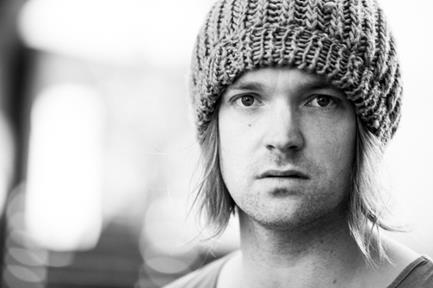 https://tomkline.bandcamp.com/) which contains four tracks based on Tom’s experiences in his own life and others’ around him. Along as being a talented singer/songwriter, Tom also plays the guitar and piano making him a well-rounded artist.

The title track on Vintage Loneliness contains some great Aussie references to tell a ballad how your mind can be racing, even though the world around you seems to be going in slow motion. If you read on to my interview with Tom, the story behind the track Hold On is an extremely powerful one and hopefully it might change peoples’ decisions to drink and get behind a steering wheel!

Tom enlisted some friends including the multi Aria award-winning Lior, Bertie Blackman and Sophia Brous to lay down some backing vocals for two tracks on Vintage Loneliness making the EP a real delight to listen to. 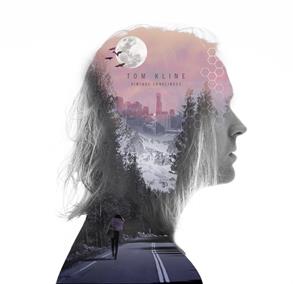 Below my interview is Tom’s tour dates, but please check out his Facebook to keep updated with his music because I predict we will be hearing a lot more from Tom in the future. Many thanks to Kelsar Management for introducing me to Tom’s music.

Thanks Tom for doing this interview! I have to commend you on releasing such a wonderful debut EP Vintage Loneliness. How does it feel to get all this much deserved praise?

Thanks for having me, and thanks for your kind words! It feels really great. I’ve worked hard on my song writing over the past few years and the response to the EP has really validated that work. I’m pretty excited to have it released.

What I enjoyed about Vintage Loneliness is the beautiful storytelling. On Guns & Dolls you captured scenes of someone growing up from childhood to adulthood experiencing different cherished circumstances. Are all of your tracks on the EP autobiographical?

All of the tracks are autobiographical in that they’re inspired by events and people in my life, but the title track Vintage Loneliness is the only one actually written from my perspective. The other songs explore the perspectives of others which is something that I love doing. I love trying to see the world through others’ eyes.

Hold On is another beautiful track but at the same time your amazing falsetto makes it haunting. What made you decide to take this direction on this track? 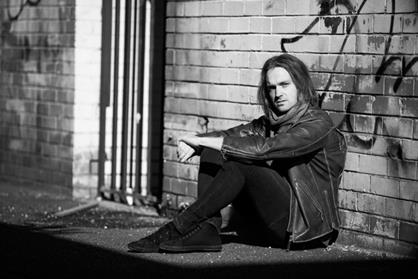 The haunting feel of Hold On stems from its back story. Two years ago I gave a musician friend of mine a bottle of scotch as a thank you for helping me out with recording some demos. I didn’t know him very well at the time and I later found out that his girlfriend had just broken up with him, there’d been a cancer scare in his family, and there was a history of alcoholism and depression in his family. I couldn’t have given him a worse present!

On the night that I gave him the scotch, he drank the whole bottle and drove home which is a fifty minute trip through suburban Melbourne. He woke up the next morning not remembering how he got there and was really shaken by it. When I caught up with him a few days later he really opened up to me about his problems and told me what had happened. He told me he’d been suicidal after that incident and we talked for a long time about everything. When he left, I sat at the piano and started writing Hold On. It’s actually written from the perspective of the bottle of scotch. You can hear it goading and tempting him, but then also trying to comfort him. It’s an evil bottle. Later in the song, my friend replies “but I’m tired of holding on”. The haunting feel of the song ties back to his being haunted by his demons.

You have many “talented” (putting it mildly) friends including the multi-Aria nominated Lior who appear on Vintage
Loneliness as the backing vocals on two tracks. How did you guys meet?

Lior and I met at an APRA event in 2008. I was a big fan and worked up the courage to introduce myself. We kept in touch from then on until one day when he randomly rang and asked if I’d like to support him and sing with him on his national tour. I couldn’t believe it! Following the tour I did a few others shows and festivals with him and we became friends. Having Lior, Bertie Blackman & Sophia Brous sing on my humble EP was pretty incredible.

You’re heading on tour in October and November! This must be exciting for you?

Definitely. I’ve toured before but never as the headline act. I can’t wait. Hopefully it’s the first of many!

What’s next for Tom Kline?

After the tour I’ll be looking at doing some regional shows and playing some one off gigs in Melbourne. Then it’ll be time to focus on my next release.

To celebrate the release of Vintage Loneliness Tom is doing five gigs so if you’re in the mood to listen to great music please check Tom out:

Tickets available from the venue