NINETEEN YEAR-OLD Victorian singer/songwriter Evangeline is about to release her latest single “CHEMICVL”.  Unlike most singles that are released, “CHEMICVL” tackles tough subjects including overdosing on drugs, depression and suicide, things Evangeline has personally experienced previously. Now she says singing the track live is like proudly finishing a chapter in he life. 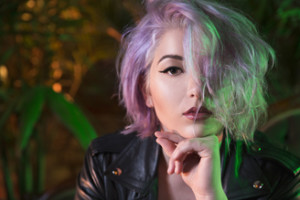 Today Evangeline proudly took to Facebook to announce “CHEMICVL” is sitting at Number 2 on Triple J Unearthed Pop Chart. You can listen to “CHEMICVL” below.


Evangeline obtained the highest classical grade in opera after an arduous three years. Now she uses her training by using her heavenly voice and playing piano (and sometimes guitar) in her music. “CHEMICVL” highlights her incredible vocal range, while being progressive with a hypnotic bass beat.

Thanks Evangeline so much for taking the time to chat to me!

Hey Evangeline! How are you? You’re only 19…wow! You have an amazing voice and you obviously can write songs. Do you think your classical interests and high grades in opera have shaped you as an artist?

Hey hey! Reaaaallly good thank you! Thank you! To be honest I don’t really think my classical interests are what shaped me as an artist. I give high credit to my own personal obsession with music, other musicians and personal experiences to have shaped me. I think the operetic training was just an exploration of my own sound.

I hear your classical training in “CHEMICVL”. Was your cross-over into pop a natural progression?

Actually it wasn’t a natural progression.. I was so set on being a rock artist in a grungy band my whole life. Turns out just because your favourite band is one thing doesn’t mean you naturally fit with them though… I think the whole electro-pop vibe is really quite haunting and fun… I enjoy it and to me that’s what counts. Who knows though …. this cross over to pop is probably not going to be my only crossover!

Congratulations on writing such an honest song “CHEMICVL” which is about two tough subject matters; drugs and overdosing. What prompted you to write a song tackling these issues?

I felt a need to write about it to end a chapter of my life. I felt like I was constantly being weighed down by this one moment and one person in my l 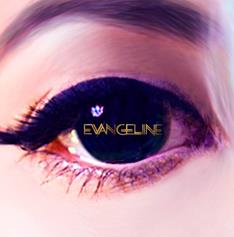 ife. I can’t think of a better way than expressing it through something I love… Nothing beats singing this song live. I think it really hits me every time as if I am singing it for the first time.

Do you look at any artists/bands and get inspired?

Every week I change and love various artists. The one that has always stuck would be The Amity Affliction. They would be my ultimate, favourite band. I think I have seen them at least one million times live and I am still not over them (13 times.) I love that they are so honest and just real… When they brought out their album “Chasing Ghosts” it had this huge controversial issue of it just being a picture of the woods with two hovering legs.  This cover was allowed in every country except their home country Aus… The band were not trying to promote suicide but just state it happens… the whole album is based around the effects of the aftermath of death. I just thought it was awesome that they had the guts to do that and they stuck by it. Things like this really kept me wanting to balance out my writing with both songs that make you feel good and songs based on the reality of what is happening now.

On your Facebook page you say your interests are “Writing and performing originals.” What type of other songs can we expect to hear from you?

Well… I have been known to throw in a Miley Cyrus cover… As for originals I am constantly writing and really experimenting with my set… I really love playing the piano and guitar but more than anything I just want to move around during my set… So with my writing getting a more electronic taste to it, you will definitely be hearing a change to my old acoustic sets.

You’ve been lucky enough to meet some other artists recently. Did they give you any good advice you’ve tucked in your back pocket?

Yeah, I think the one thing that everyone I have met so far in the industry seems to emphasize is just to be yourself and stick to your guns… I think I really have been locking into that. My new favourite quote is “Just do you boo!” – It is sassy but true to the statement.

Thanks Evangeline for your time. I’ll look forward to hearing more of your originals.