BEFORE THE VICTORIAN band Perch Creek begin their tour after the release of the single “Mama Sings”, you should know some interesting facts about this quirky five piece band from Victoria. 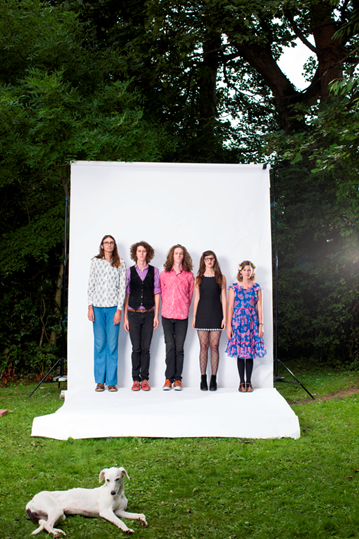 Firstly, Perch Creek is made up by four siblings and one spouse which would make family gatherings really interesting! Each have various incredible talents; from playing instruments like the washboard, jug, banjo ukulele, saw (the mind boggles eh?) to tap dancing, so could you imagine seeing Perch Creek live? Amazing stuff I’d imagine!

Their latest single “Mama Sings”, which was released on June 26th, captures the sublime Victorian Gippsland surroundings where it was recorded. The track opens with an eerie guitar but infectious stirring backbeat, but it has a western cowboy flavour to it. The track tells a tale of a hardship within a family. With lyrics like, “Beat My Papa to the grave” and “She {the mother} stole a blanket”, then it tells the story of the son going to jail, how the mother told him “Hold your head high son”… Incredible storytelling indeed.

You can catch Perch Creek live at these gigs: 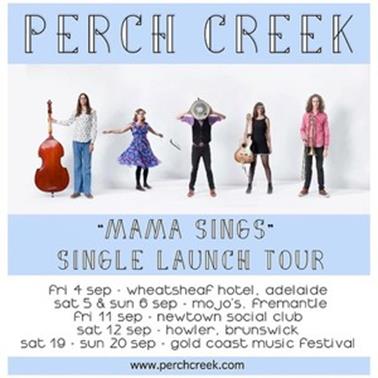 I would like to thank Perch Creek for having a fun chat with me. You guys are really cool!

G’day ladies and gents! Your background story on how you’ve developed into Perch Creek is an interesting one. Can you tell us how you’ve come together?

We started out as kids in a family band, but since then a lot has changed. We sacked our Dad long ago, and have taken the band places none of us ever thought possible. We’ve gotten a lot more solid and also a lot more creative and confident with our songwriting these last few years.

I’ve reviewed and interviewed many groups which comprised of siblings and they always have the best and beautiful harmonies. One of the members of Perch Creek is a spouse! Are their harmonies on the same page as their spouse?

Not at all, my voice soars above the others with the power of an eagle and the elegance of dove… That’s why they always make sure my mic is turned down really low… Seriously though, I think harmonising is a skill that’s unrelated to genetics (were Gillian Welch and David Rawlings long lost cousins?). That said, the siblings all happen to have that skill in boundless quantities while my harmonies are tend to be a little on the rough side. I think a scientific study is required… or we could take it to the Myth Busters team…

Your latest single “Mama Sings” is a great mix of folk, with a contemporary and loungey sounds, plus great songwriting. Do you think where you recorded the track added to the song’s texture? 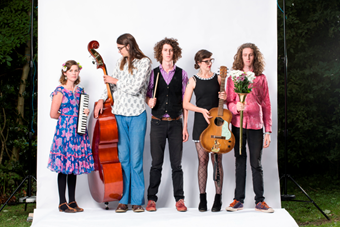 We are really happy with the way the song turned out and yeah, I feel like the rustic little studio in the windy hills really coloured the whole song, but for me it’s hard to differentiate between the subjective experience of recording the song and the objective view of how the song actually sounds… Definitely our producer Greg J Walker played a huge part in making it sound the way that it does, as well as the input from Andy Stewart who did the final mix.

Wow! On Perch Creek’s Facebook it lists all the instruments you play with the talent of tap dancing! You’re one talented bunch! So when you get together to write songs, or just at family functions is it a battle amongst yourselves?

Yeah, we always battle it out, but lately we are trying to be a bit more Zen about it before it gets to the stage of hair pulling.

You’ve just announced you’re going on tour in September. How do you guys prepare for gigs?

We each have our different peculiar ways of preparing ourselves. Camilla is into yoga and can often be seen holding a headstand pose backstage (I’m not joking!), Lear spends more time than he’d like to admit shaping that outrageous hair, Christi gets stuck into the rider, Eileen plays Trivia Crack, and I gaze into the distance, giving the appearance of thoughtfulness…

Thanks guys for taking the time to have a chat with me! Best of luck with your future.

You can find out more about Perch Creek at www.perchcreek.com/