FOR OUR HERO is a great young band who know what they want to set out to achieve! They have released their latest offering, Young Wolves, a well thought out EP with encouraging lyrics urging people to not give up! 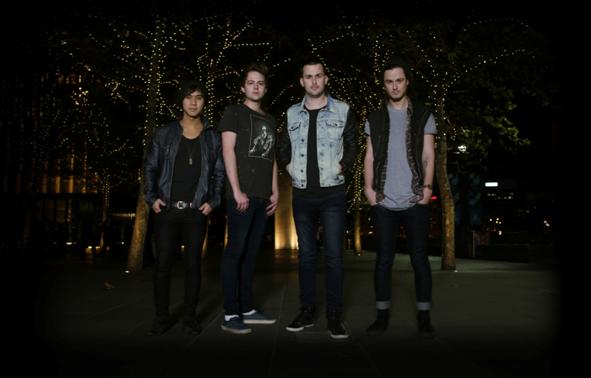 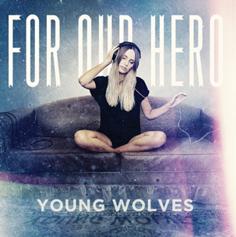 The first track from Young Wolves, is the uplifting The Brave Ones which has fantastic lyrics: “Don’t forget your heart size of your fists” and “they’ll say you were one of a million” empowering people to follow their dreams. The title track Young Wolves has all the right ingredients for a rock track.

Produced by Matt Malpass who previously has worked with Train, For Our Hero’s six songs on Young Wolves are very impressive as all sound very different to each other, but the same underlying message telling us to soldier on and support each other like in My Revolution.

Dabbling in a pop sound Take The Night is cleverly targeted to For Our Hero’s younger fans, proving the band is always conscious of how to approach a track. You can buy Young Wolves on iTunes.

For Our Hero are heading out on the road with guests Forever Ends Here and Call The Shots in August. The tour dates are below my interview with For Our Hero’s bassist Geoffrey Mark Taylor.

Congratulations Geoff and to the other in For Our Hero on making your new EP Young Wolves. All the tracks have lots of great positive messages. Was this what you set out to do?

The whole record is really a reflection of our journey with this band to date. It’s all about pursuing dreams, chasing love and really capitalising on life opportunities, so in that sense I think we’ve definitely communicated a consistent and positive message to our listeners. It was really important to us this time around to have a coherent and strong theme throughout the entire EP, so that’s a fantastic question.. Thank you.

The lyrics “heart size of your fists” in the track The Brave Ones is brilliant! Where did the thought come from?

Beau {songwriter} and I were talking about this the other day, and I think it’s more or less because the pursuit of love is always such fight. The whole line reads; “the heart’s the size of your fist, because we were born to fight for what we love”.

Weekends is another interesting track with a summer-fun sound, but then it splits into a different sound all together. To me, the second part has a Mississippi, New Orleans kind of vibe. Where did this concept orientate from?

I mean, you’ve pretty much nailed it. Our nights have always begun in the AM so it’s just a fun song about hanging out with your friends over the weekend and living carefree for two days before your 9-to-5 self to have to deal with it first thing Monday. And then like you say, it kind of splits off to an outro for our whole record, which is like an ode for those listeners to join us on this journey and believe in an idea that’s bigger than ourselves.

Listening to Young Wolves it seemed that each track was well thought out for your targeted audience. Are you a band who is very conscious of the production side of things?

It’s really great that it turned out that way because I think that was the last thing on our minds when we were writing it. With previous records we’ve really felt an obligation to write a particular sounding song or reference pop culture in some way; but with Young
Wolves I think we just spent the time writing songs that really came naturally to us. It’s definitely the truest representation of our band for that reason I think, and they’re the songs we’ve always wanted to write but haven’t been able to. Almost as if the solution to trying was stop trying. {laughs}

Young Wolves was produced by Matt Malpass who has worked with Train as well as other artists. How was that working with him?

The dude’s a talent, that’s for sure. He’s had a plethora of experience with some world class acts, so he knew exactly what to do to give the songs that extra polish. Matt’s strength is listening to a track and hearing what’s not there.

I’ve recently had the pleasure of interviewing Diviney who you toured with. How was that? Did you all get up to mischief on the road?

Anywhere that guy goes he packs a room, so the exposure was really exciting for us. We were lucky enough to tour with his old band a few years back, which was probably the biggest tour we’ve ever done. So this tour kind of picked up where that left off. It’s just super awe inspiring to play to that many people, you know?

Always mischief with that man, but what happens on tour stays on tour. So I can’t help you there sorry.

Great name for a band? Who is or are your hero(s)?

I’m so lucky to know so many people who have influenced the success of our band is some way, so the name’s more or less of a hat tip to those who support our band than anyone in particular.

Thanks for your time Geoff! Good luck for your upcoming tour!