SIMON MALLORY HAS graced Australian TV and stage productions. People would likely know his work in Comedy Inc’s “The Late Shift” in 2006-2007, but then has gone onto guest star roles including “Mr &Mrs Murder”, Channel 9’s “Underbelly – Squizzy” , “Offspring”, “Rush” and even “Neighbours” in 2003-2004. 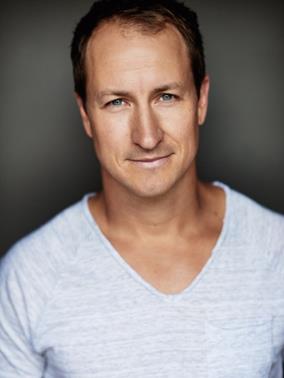 This year Simon and his mate CJ Fortuna with a determined team filmed “The Heckler” in thirteen days. The synopsis of The Heckler is “A self-obsessed comedian on the fast track to fame, has his body hijacked by the spirit of a jealous heckler and must find a way to reclaim it before the imposter ruins his career forever.” – IMDB.com. “The Heckler ” was released on DVD and digitally on October 21 so Simon’s enjoying doing the media rounds as well as directing a show that “that completely consumed my world for two weeks”.

I would like to thank Simon especially for being my very first interview with an actor. It was fascinating reading your answers. I hope you, my readers, enjoy this new feature on Gigs ‘n Interviews. 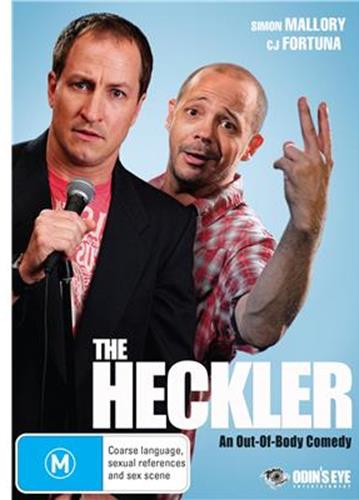 G’day Simon! It’s a real honour to chat to you as my first “Gigs ‘n Interviews’ Spotlight On” feature! What or who was your reason to become an actor?

I couldn’t decide what I wanted to be we I “grew up” and I had a real love of storytelling and performing- then I realised that as an Actor I could be anything, and that sold me

I watched the trailer for your recent feature film “The Heckler” and had a giggle. Was that role challenging because you had to learn C.J Fortuna’s mannerisms and expressions?

If you have only seen the trailer then you’ve gotta get to iTunes or a JB HiFi and get a copy! CJ’s mannerisms were probably the least challenging actually- not laughing during the takes was the biggest challenge and also the general challenge of shooting a feature length story and remembering where your character was up too on each new day.

The Late Shift and Neighbours, just to name a few. Which role or series did you enjoy doing the most?

They all have very special moments for me- But I would have to say Comedy Inc. Having two full series there and all the different roles I got to play. Very funny times!

On behalf of all us Offspring fans (who are still weeing our pants about the series’ return in 2016), I have to say “please tell us that the cast and crew were like one happy family?

You want the real dirt hey? {Jacqui says “of course”!}… I wish I had some- they were all fantastic! I think it’s a strong part on how well the show did, was how lovely and nice and how much fun everyone was having! 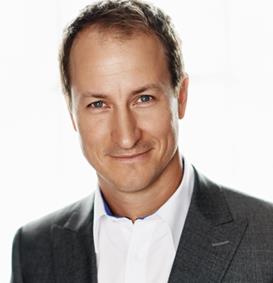 Your involvement in theatre productions is very extensive also? Is theatre where your heart lives or do you enjoy TV acting equally?

I’ll always love theatre as there is nothing to beat that live element. You are completely responsible and engaged throughout the whole show. TV has its own challenges, and I really do love being on set, so it’s a tough one.

As a pure coincidence my sister and her friends have just done a Tough Mudder which you have MC’ed for many times. Is the atmosphere of Tough Mudder you enjoy the most?

{Laughs loudly} How good. Tough Mudder is a fantastic event to be a part of. The energy at the start line before everyone heads out is unreal!!

Can you tell us about any upcoming projects you’re involved in?

As an actor, you are always looking for the next job. It’s like a farmer really – either floods or droughts! So I am trying to get my own projects off the ground and always keeping an ear out for other people trying to do the same. You never know what might take off like “The Heckler”!

If you could co-star with ANYONE, who would it be and what type of production would it be?

It would have to be a theatre production, ’cause you really do get to work with the person in that environment. And I would have to say anyone who is strong and committed to their craft! That is where the real magic and addiction to acting is.

Thanks Simon. I really appreciate you taking the time to chat to me!