IN NOVEMBER MY sister and some of friends organised a Dinner and Comedy Night for our dear friend Elle who had a rare and incurable form of brain cancer. My sister and friends called out to the gang at The Comedy Gallery and they answered the call promptly. 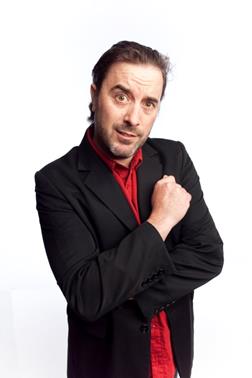 Andrew’s comedy career began in 1996. Since then he’s done stand-up gigs around Australia, but has had “straight” TV roles in Neighbours and a police officer in Blue Heelers. However, this family man is now happy with providing laughs in clubs and in turn helping people who need financial assistance during really rough circumstances.

The Comedy Gallery was the brilliant idea of Andrew Brown and Dan Craig in May 2011. The idea was to give a platform to upcoming comedians while giving back to the community. $2 from every ticket sold by The Comedy Gallery donates to a specific cause of the night and the audience is encouraged to donate through raffles, auctions, etc. So everyone is a winner; upcoming comedians get exposure and the dedicated causes receive much needed funds!

The causes supported by The Comedy Gallery so far include Ha Ha Ha for Harper, The Royal Children’s Hospital, Melbourne, Starlight Children’s Foundation Australia, Animalia Wildlife Shelter, SmartPup for Maxi, Jakey Boy, The House That Jack Built, Jaxon’s Journey, Australian Institute of Comedy, Stand Up for Tina, Eleanor’s fight for time, Dancing For The Dal Ben’s, The Sebastian Foundation and Seaford North Primary School. This has been just over the past TWO years!

Before I get to Andrew’s awesome interview, I would like to sincerely thank Andrew and gents and ladies from The Comedy Gallery for their involvement in Eleanor’s Fight For Time. The money raised from that night will ensure Elle’s wishes for the future of her gorgeous kids will be achieved.

G’day Andrew! It’s a privilege to interview such a philanthropic person! You’re the creator of The Comedy Gallery with Dale Craig, which began in May 2011. What urged you guys to create such a wonderful organisation?

Dale and I met mid-2010. We were both starting our comebacks to comedy. We had both had a few years off. We had both decided to touch up on our skills and joined a small stand-up comedy class with a few others. We wanted to find a safe and supportive space for them to try stand up for the first time. We found a room, got a big name comedian to headline and started advertising. Had so much fun we came up with the name, a logo and a monthly comedy night mixing newbies with headliners.

Can you tell everyone a little about what The Comedy Gallery achieves in the community?

We have also added charity to the laughter mix. Every month that we have a show, we choose a different charity to support with $2 from every ticket as well as any extra donations from the generosity of the audience. We have also hosted and been part of several charitable special events. The Comedy Gallery has now built a reputation as fundraisers for big charity organisations as well as those who are doing it tough but are tough and inspiring in their own way, having raised in the vicinity of $50,000 over the last two years.

As well as raising an amazing large stack of money for various charities and causes, The Comedy Gallery is a launching pad for upcoming comedians. Are you proud of this?

Extremely proud. It is a great feeling when you get to watch someone’s successes and goals and know that you were a part of the early stages or even at the start of that.

How did you land in the world of comedy? When did you become a “pro”? 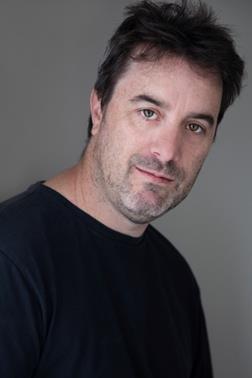 I love telling this story. I was two weeks into rehearsals for a small part in my very first stage show. I won a prize on one of Melbourne’s biggest FM radio stations during ROCKtober to have drinks at the Hard Rock Café with the crew from the station. I couldn’t believe that I was having a beer and a chat with Tim Smith from The Comedy Company. He suggested I try stand up comedy and recommended a great course at Pete Crofts Humourversity. A few months later I was on stage. That’s 18 years ago now. As for becoming “pro”? Still not sure that has happened yet.

As well as being a comedian, you’ve also starred in Aussie TV series including Neighbours and Blue Heelers as a POLICE OFFICER. Knowing you as a funny bloke, I’m scratching my head picturing you as a policeman… But anyway, obviously you’re great at switching your funny side off because you’ve gotten many TV and stage roles. So, how do you get into your serious mode?

You’d be surprised how similar they actually are. Some of the funniest comedy you will see is a comedian’s angry rant about family, kids, partners, in-laws, etc. People can relate to that and laugh. It’s all observational, both inward and outward and both acting and comedy just share what you see and feel. It’s just important to keep it in context of what you’re trying to achieve at the time.

Does your wife and kids think you’re funny or do they roll their eyes at you?

{Laughs} I have often warned my wife that if she keeps rolling her eyes like that they’ll flip right back. There is a lot of laughter at home and a lot of groans and eye rolls.

Do you tell “dad” jokes to your kids?

Constantly! Although my 14 year old is getting better at them now.

If someone out there who would like The Comedy Gallery’s involvement with their charity or cause, how can they contact you?

The Comedy Gallery is always up for sharing a laugh and to help out. The best way to get in touch is via our Facebook page www.facebook.com/TheComedyGallery or call me on 0410 487 034. If you have a venue and want a laugh or you need help raising dollars for a good cause then please let us know. Or if you want to follow what we are up to then click on the SUBSCRIBE button at the top of our Facebook page and we’ll let you know. 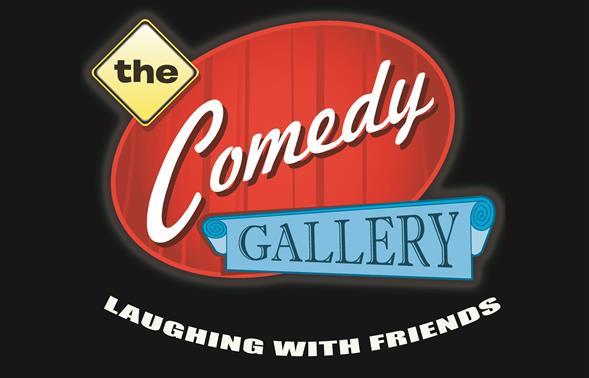 Thanks Andrew for making the time to answer my questions. A HUGE thanks to you, Peter D. Flaherty and other comedians for doing Eleanor’s Fight For Time Dinner and Comedy Night. The involvement of The Comedy Gallery has made a huge difference and supported Danielle, Steve and the rest of Elle’s family and friends. So thankyou!!!

It was my honour and pleasure Jacqui.

I would like to dedicate this interview to Elle who lost her fierce battle with cancer last Monday. We will always love you Elle and you’ll always be close to us. I would also like to dedicate this interview to my awesome sister and brother-in-law who have taken on Elle’s two gorgeous kids and joined them into their family with their precious three children. You guys are the BEST!

If anyone would like to donate to Elle’s cause (the money will go towards the expenses of raising Destiny and Tyreece), you can still support Danielle and Steve through www.mycause.com.au/payment/campaign/1490