DISCOVERING UNHEARD ARTISTS is always a thrill for me, especially when they’re the complete package of a singer/songwriter but they don’t seek for fame; they do it because they simply love making music. 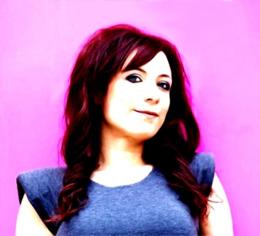 Doris Brendel is an UK singer/songwriter who has a powerful voice which has been compared to the legendary Janis Joplin. If you visit her Myspace, you’ll hear why. This chick has got attitude!

At 45, there’s no slowing down Doris who is recording her 7th studio album this month whilst being involved in side projects.

Doris contacted me through Gigs ‘n Interviews’ Myspace page and as you read she is a confident woman who believes in herself. Thanks Doris for contacting me and your speedy reply.

You have been called another Janis Joplin. How honoured must that feel? And where have you been hiding?

Though I understand the historical significance of Janis Joplin, I can’t say I’ve ever been an ardent fan, not to mention that I don’t sound anything like her (or drink copious amounts of whiskey). But it’s only human to pigeon-hole and to compare and the point is that there are not many female rock/blues singers with a raunchy voice, so available comparisons are limited. Most recently I’ve been compared to Skunk Ananse which is ironic as my 1st album came out before hers. In fact my voice is totally unique (love it or hate it) and I don’t sound like anyone else.

As to where I’ve been – I’ve been around. I got caught up in a Publishing deal for a number of years which effectively stopped me from being able to do anything. Initially I was signed to Sony and did a lot of touring around Europe. Then, to get round the publishing restrictions, I did some dance records under various stage names with Virgin and London records and had a couple of hits. (They come and they go…) Have done thousands of gigs with various bands and stage shows, but have kept a personal low profile until the release of my back catalogue in 2009.

Being from London, can you tell us what’s it like for an indie artist there?

London is tough for musicians…especially now. There’s lots going on but appreciative audiences are hard to come by and the press are only interested in the biggest of names. Consequently I don’t gig my own material very much and stick to Festivals where I can. As a “jobbing” musician it’s fine – there’s always plenty of corporate work around if you’re good enough and have the contacts.

I love the attitude you bring to your track to Get A Life. Do you think if you are a strong woman it helps or hinders to be in the music industry?

I think you HAVE to be a strong woman to survive the music industry. People love to criticise and some bad reviews are inevitable regardless of how good you are. England especially is very fashion driven and cliquey, and acceptance has rarely anything to do with talent. A big ego certainly helps to weather the knocks.

The original of Latest Fantasy is punk rock, but then you have a techno version of it! You’re a very versatile artist. I certainly wouldn’t describe Latest Fantasy as punk rock! Not even remotely. More melodic Alternative Rock with Celtic influences. The dance mixes of the record were very much a marketing exercise. We used some of the successful producers of the day in order to get more radio play and get the name out to a different audience. It actually got to number nine in the pop club charts, but these days that doesn’t mean all that much.

You can play almost every instrument known to mankind! In your opinion, does this help yoursongwriting?

I do play a lot of instruments, but not all of them very well! I generally write songs with either piano or guitar and both create very different approaches to melody and rhythm. The other instruments (flute, sax, fiddle…) are useful for performances. They create additional tonal colours and add visual interest. The Irish whistle (flageolet) is especially original in a rock band and adds identity. I also enjoy the challenge.

I love the video and lyrics to I’mSorry. Was the video DIY?

The vid for ‘Sorry’ was done by a friend of mine who is a graphic designer. He tried a few things and the teddy bear cropped up which I felt actually (and surprisingly) worked best. I’m not really a teddy person, but the song, contrary to most peoples’ interpretation, is very tongue-in-cheek – the person saying sorry is actually not very sorry at all – and it added that slightly humorous angle, enabling the listener/viewer to interpret the song in different ways. 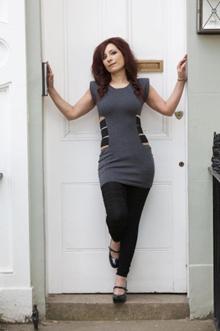 How long have you been songwriting and playing music for?

Errrm. A really long time. Both my parents were classical musicians, so I was brought up with it; learned the violin from age five; first gig with a band at age twelve; first record deal 1990; and haven’t stopped since in one musical capacity or another.

You’re currently recording your 7th album (holy $#£!). That’s definitely impressive! With each album do you learn something new about music or about yourself?

I’ve never been short of ideas, though there have been some lengthy gaps between albums when I’ve been too busy with show bands. In the last ten years I’ve been offered so much work that my song-writing took a back seat and it’s been wonderful to get back into it. The downside is that it’s incredibly hard to earn a decent living as a songwriter or composer and it’s a labour of love for most of us. Love and hope.

And yes – of course one develops. My songwriting I think reflects my growing confidence in myself and invariably picks up modern influences along the way. But I have always been eclectic, both in musical style and subject matter. I have become much better at ‘simplicity’ when it comes to lyrics, Get A Life and Sorry being good examples of that. But I still venture into “concepts” which can become quite obscure and ambiguous and can be a challenge to write. Variety is the spice of life.

Where do you see yourself in the future?

Once you’ve been in the music business for twenty years “the future” becomes a much gentler place. I’ve been fortunate enough to have had several “fifteen minutes of fame”, not always under my real name, which have given me the foundation and security to live the life I want to. I will continue to write of course and have another album launch or two ahead of me. I’m heavily involved with the record company as well and have links to the multi-media industries. I’ve had a few writing commissions for other artists and films, which is always enjoyable.

Becoming “a big star” does not feature in my plans – I’ve never been commercial enough for that and don’t intend to become so. I’m grateful to have a small but loyal fan base across Europe and of course hope to find some new ones along the way… The next album may be dark, but life is good.