I love when someone suggests for me to check out a young, extremely talented singer/songwriter and listening to their music I can see why their management is keen for the artist to get more publicity. 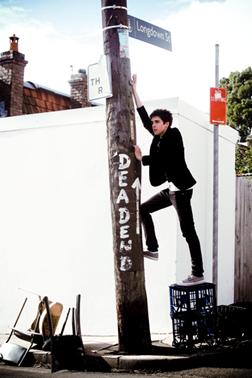 Dan Webb is a twenty-one year-old Melbournian who is about to release his EP Hyperspace Clearance due out September 17th. On his Myspace you can get a taste of his music with the track Way Out. Way Out is the product of his studies in a project called Kool Skools and his appreciation for classical music especially Mozat!

The interview with Dan will just show how articulate he is, especially for his young age. Many thanks to Sam O’Sullivan from www.aaaentertainment.com.au/.

During your school years you got involved in a project called Kool Skools can you remember the exact moment you decided you wanted to pursue a music career?

Yeah, I participated in the Kool Skools project during year 12 with a band I was in at the time. I didn’t have a whole lot of input other than playing a few chords here and there. But I started thinking about recording an EP pretty soon after that. After graduation I got to work writing songs.

Way Out has a mixture of sounds and genres. When did you write it?

Way Out was one of the first songs I wrote, and I performed it at my first show in 2008. It was originally about four minutes long, with a two-minute instrumental intro. I made the decision not to record the song for my first EP Capitulation and I’m glad I did because it’s changed pretty dramatically since then. Over time it’s also taken on new meanings from a lyrical perspective.

Hyperspace Clearance is different to my debut, but at the same time it’s an extension of what I was doing. The main theme is travel, and a part of the concept is that I feel like I’m moving forward as a songwriter and as a performer. There’s no guitar in my band so I use that as an opportunity to go crazy with keyboards. A song like Way Out actually has about six layers of keys including piano, organ and vintage electric pianos.

Self-producing your EP must have been so gratifying! Would you always like to self-produce your future releases?

I self-produced my first EP last year with Matt Voigt as my engineer. I actually wanted to head back to the same studio with the same team of people to see if we could create something different. I’m naturally a creative person and in some ways a perfectionist. I do enjoy having some control over how the project sounds… but I’d love to work with another producer in the future if the right person comes along.

Which classical artists do you admire the most?

I grew up listening to all sorts of music, but I was classically trained at school so I did listen to a fair bit of classical music. An admiration of Mozart was born out of that.

How much are you looking forward to your live shows?

I’m really looking forward to playing Northcote Social Club again. I launched Capitulation there just eighteen months ago, so it’s a good feeling heading back there to launch my second release. It’s also really exciting heading interstate for shows for the first time. I haven’t played a show since February, cos my band members have been overseas and I’ve been concentrating on writing. My drummer Josiah (Bradshaw) gets back about five days before the tour starts, so we’ll almost certainly be rehearsing every day in the lead up!

You say you love to improvise during your live shows. Does your band sometimes give you a look as if to say “Where are you going Dan?”

Yeah I’ll sometimes get that look. There’s been a few moments where I’ve extended a section of a song all of a sudden but one of the guys has missed my signal and go to finish the song as we rehearsed. It’s pretty funny watching them cover it up.

What do you wish for the future? An album?

Maybe a little further down the track, sure. I don’t have any plans to record next year, but I have floated the idea of recording a third EP the following year. It’s something I love doing and it’s something I wanna keep doing.

If you’d like to catch one of Dan’s gigs, the tour dates are: 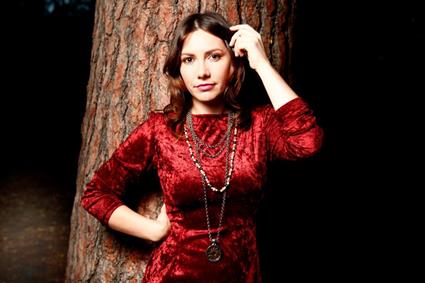 Ella Cooper Is Excited To Speak In Tongues