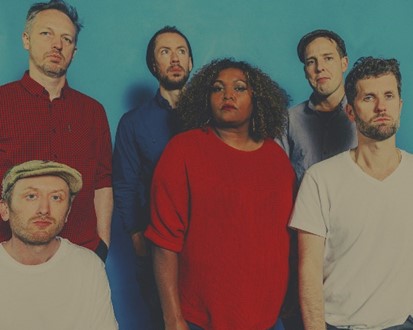 AS A SEVEN-YEAR-OLD, Emma Donovan’s powerful voice was heard! She began singing at church with her family which went on to performing at events and talent shows in New South Wales with the support of her family. They realised she had a gift, but in years to come Emma’s voice would become an important vehicle for change.

2004 was a massive year for the singer/songwriter. After releasing her solo album Changes that year, Emma featured on the SBS documentary Ngaaranga Lady and then joined forces with The Black Arm Band to produce songs to feature in a theatrical setting of the Aboriginal resistance movement. The outcome of Emma’s collaboration with The Black Arm Band made it possible for Indigenous artists and groups to be heard, not only in Australia but globally. Then in 2009 Emma followed up with her Ngaaranga EP.

Melbourne Drummer Rory McDougall, bassist Mick Meagher and Emma had played together in The Black Arm Band, but when they became the sweet soul-driven sound of Emma Donovan And The Putbacks in 2015, they received high praised for their release Dawn which drew on Emma and the group’s love of American soul as well as protest music highlighting Indigenous issues. In 2020 as part of City of Melbourne’s Flash Forward project, Emma And The Putbacks released Under These Streets.

I urge you to listen to Emma’s music after reading this lovely interview with Emma.

G’day Emma! Thanks so very much for chatting with Gigs ‘n Interviews.

Can you remember the feeling when you performed at the age of seven with your family band The Donovans?

I remember being at this huge event – with the family at a wedding reception – and the way that my family coo-eed and reacted. I always remember their big applause.

I’d imagine releasing your debut solo album Changes in 2004 was an incredible feeling. Were you aware the urgency for Australia to take more notice of Indigenous artists and people and that you were becoming a part of a movement how you have written in Mob March in 2020?

At the time of recording my first solo album, I wasn’t aware that I was on the cusp of something big. I had a lot of encouragement within community – this was coming out of my time with the band Stiff Gins – and I was ready to start writing on my own. This was more a time when I wanted to learn, discover the studio, different sounds, different producers, and push myself in this area. When I wrote Mob March, our guitarist Tom Martin (The Putbacks) and I did a duet at a regional gig and I saw a lot of mob who were a part of protests and leading the way in community. Mob March was about these old fellas passing the torch to younger community. This is what inspired me.

Fast forward to 2015 after releasing EP’s and another album, you met Melbourne band The Putbacks and what you guys have since produced is funk fused soul. How did you guys meet?

Listening to your and The Putbacks 2020 album, Crossover, it is evident you guys love soul and funk. Growing up what genres did you listen to?

I felt like I didn’t know much about soul and funk until I met The Putbacks. Before this I was just into country and blackfella music – that was my upbringing.

Don’t Give Up On Me on Crossover is a really cool sounding track from the lyrics to the distorted sound. What was the influence to make such a track?

Last year you and The Putbacks have released ANOTHER album titled Under These Streets, with the backing of the City Of Melbourne’s Flash Forward Project, which has some really funky tunes Nothing I Do to Indigenous issues (Call Out). How important is the balance of wanting your voice heard about such important political issues, alongside funky and soul-driven tracks?

It is a natural thing for me to write about – so many things to touch on and cover: to how we want to live and what messages we want to put out. It’s simple for me: family, kids and community. It’s that balance for me and The Putbacks.

What’s your hope for the future? Australia as a whole hasn’t really embraced Indigenous artists and really hasn’t moved forward with providing the same opportunities to the white man?

Finding other ways to connect to tell stories and helping mob to feel proud about the black voice and that we can celebrate this together.

Thanks very much Emma! My family and I actually saw you six years ago in Berwick, Melbourne. At the time, I thought “This is one very cool chick!” So it’s a real privilege to interview you!

You can catch Emma this Friday as she is one of Paul Kelly’s guests on his How Making Gravy tour or As The Cocky Flies Blues And Roots Regional Tour in March 2022. 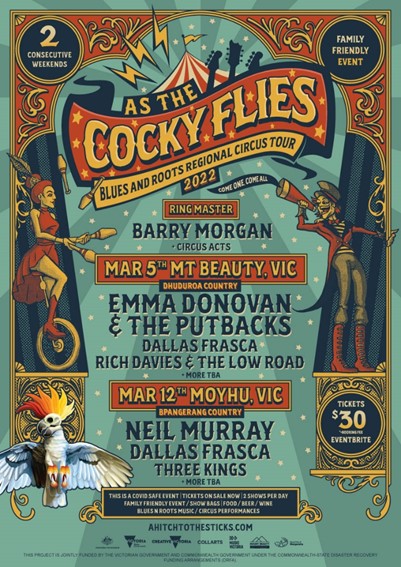 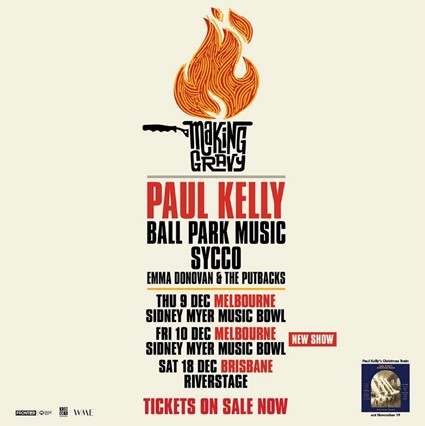 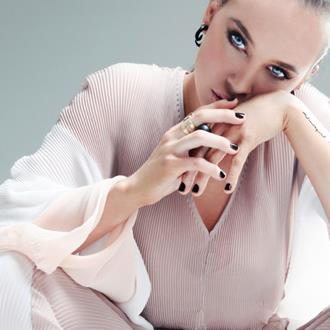 Bonnie Anderson Is Only Looking Forward