MAYBE I’M BIASED, but I believe Mark Lizotte aka Diesel is one of those brilliant singer/songwriters/guitarists who has a musical brain! When I listen to his albums and see his live performances, I am constantly amazed which direction he takes in his music. With every album I’m surprised with Diesel’s never-ending c 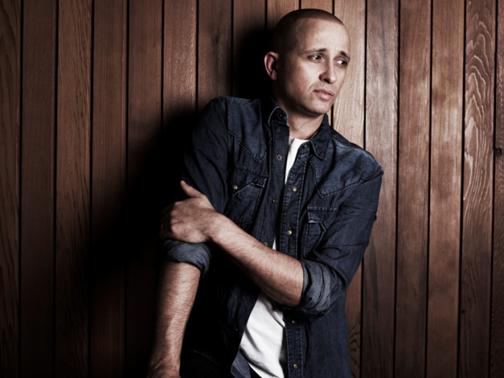 On Under The Influence this extremely down-to-earth guy has tackled songs that have had an influence on him like the legendary Wind Cries Mary by the ultimate guitarist Jimi Hendrix, but Diesel plays it down and says It felt, “very natural to play but it was a bit daunting only because I know what Hendrix means to so many people.”

Diesel’s been my idol and favourite artist since 1992 (when Tip Of My Tongue was released) so I feel extremely stoked and fortunate to have been able to interview him twice now, especially when he’s just starting the Under The Influence tour to celebrate twenty-five years in the industry! So thankyou very much Diesel for your time! Also,a big thanks to Marie and Sarah from Mushroom Group for their assistance.

So enjoy my most pleasurable (second) interview with Diesel.

Congratulations on making Under The Influence! As all your albums have UnderThe Influence has all these different genres mixed into the tracks such as Going Down. It marvels me how your brain works, to go along a particular sound then suddenly you change to a whole different sound! Can you explain it?

With Under The Influence I wanted to reach as many of my influences as possible. This is probably an impossible task because there have been so many. In the end I limited myself by making the record in eight days. I wanted diversity in the album with the bandand the element of horns being the common thread running through it.

When you were doing the covers like Hendrix’s Wind Cries Mary were you a little hesitate tackling it?

Some of Hendrix’s songs I’ve been listening to since I was a child, they form a large part of my musical psyche. They feel very natural to play but it was a bit daunting only because I know what Hendrix means to so many people.

Is your all-time favourite song on Under The Influence?

It’s All In The Game, one of the instrumentals on the album, it was a last minute idea to do and it was a surprise how it came out.

Can you believe you’ve been in the industry for 25 years? What keeps you going?

No, I can’t!! Playing music to people keeps me going…the live element of my music is a challenge for me. 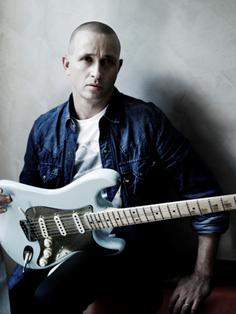 When I saw the word Thang on the back of Under The Influence, I admit I got excited because on Johnny Diesel and The Injectors album the original was on it and you rocked it. I’m a little confused, on Under The Influence there’s three Thangs but the 5th appears before the 4th. Can you explain why?

They (the “Thangs”) are an ongoing tradition, the 5th appearing before the 4th is only because the 5th was created first!

When I listen to Under The Influence I get the feeling your American heritage came out more. Was that intentional or something that just happened?

I guess a lot of my roots are in American music having started out there but I like to think my mongrel side and tendency to combine all styles comes from my Australian influence.

On the track Have Love Will Travel I swear I hear your brother-in-law Jimmy Barnes’ famous screams? Am I right or did you channel him too?

Jimmy came in to the studio to sing on “Have Love”, I couldn’t imagine anyone else singing what the song needed, it was a very thick wall of sound but Jimmy cut through!

Do you know what’s next in your catalogue?

I am working on another album of songs I have been writing between “Project Blues” and “Under The Influence”, at this stage it’s a fairly eclectic mix of songs but I still have a ways to go.

Diesel’s Under The Influence tour dates are: