AS JOURNALISTS WE are taught to remove our bias whenever interviewing someone. Although whenever it comes to interviewing Mark Lizotte aka Diesel, it’s always an absolute privilege because this artist, singer/songwriter, guitarist, producer and a lovely man is one of Australia’s rock legends that doesn’t thrive or seek mass publicity. 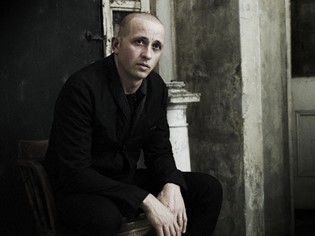 Since becoming a solo artist in 1991, to date Diesel has racked up over 35 singles, 13 albums, six ARIA awards and record sales edging 1 million! In 2011 Diesel celebrated his 25th year in the music industry, however for the last few years it seems he’s always touring around this big beautiful country, playing in small intimate venues to huge wine valleys!

2013 saw the release of Diesel’s Let It Fly which was a great rock ‘n roll album, but as Mark does so well he mixes and shakes up genres using instruments very differently to what other artists use to produce typical sounds! Let It Fly even has a country and western song called Cupid’s Embrace.

As well as Let It Fly, Mark teamed with up with Canadian singer/songwriters and music director Tim Chaisson to produce the EP Last Shower. The EP came about with the use of Skype! Incredible! Mark even recruited Tim as his support act on the recent Let It Fly national and I can say at The Palms at Melbourne’s Crown Casino people really embraced Tim’s music and cheerful personality. 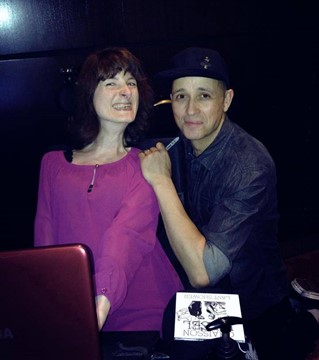 To end the year of some amazing interviews with many great artists/bands, it brings a great pleasure and privilege to interview my all-time favourite Aussie artist! Also I was totally gobsmacked when Mark told me he’s a regular reader of Gigs ‘n Interviews when we caught up after The Palms gig last month! From my bottom of my heart, thankyou Mark for your belief and acknowledgement! Also thankyou always for your kindness!

G’day Mark! Welcome back to Gigs ‘n Interviews! 2013 has been a huge year for you with releasing Let It Fly and your relentless touring. Do you sometimes think, “What have I gotten myself into?”

Yes, usually when I start to do the promotion part of releasing a record, the recording part is the easy bit they say!

How was it performing at the Opera House for The Crown Prince Couple’s Awards 2013? Were you nervous in the presence of Royalty and many other important figures?

It was a really enjoyable night on many levels, the Danish Royal Couple have an incredibly relaxed presence which relates to everyone in the room. It’s always a challenge to perform only one song as opposed to getting warmed up and comfortable but it felt great on the night, the Dame Joan Sutherland Theatre in the Opera House sounds great too.

Tim Chaisson is a great new singer/songwriter from Canada and you two released an EP! At The Palms gig in Melbourne he had the audience giving him so much love! How did you discover him?

It was through Tim supporting at my brother’s venues Lizotte‘s that I first discovered Tim and through a meeting with another Canadian artist by the name of Matt Andersen and a live recording where it was suggested that Tim be a guest on the recording. Having agreed to having him as a guest, I realised it was a bit of a risk until I heard him and discovered his amazing talents. We were then asked to write a song for a “songwriters breakfast” at the East Coast Music Awards in Canada, an EP followed.

At the Palms gig you compared your extensive guitar collection to women never having enough GOOD bags (which got a massive agreeing response from the ladies)! Is this a compromise in your household; you can buy as many guitars and your wife can buy as many bags she desires?

{laughs} Yes! I guess they are a bit like the “ultimate” accessory for me but I’m lucky they are a tool of the trade! As for my wife, she is very conservative, I’m usually the one to prompt her get something.

At the GQ Men Of The Year Awards you presented your brother-in-law Jimmy Barnes with the Legend Award. I bet that was a great honour?

It was an honour and I was happy that I was allowed to use my own speech, having said that public speaking is terrifying!

“With over 35 singles, 13 albums, 6 ARIA awards and record sales edging 1 million” do you find yourself thinking wow how have I achieved all of this?

Numbers can be surreal, the reality is I’m still getting to play to people after 25 years and that I am grateful for.

You’re still so grounyded and always take time out for your fans! Do you think this has a big part of your longevity in the Aussie music industry?

Maybe, I like to think of myself as a music fan too at the end of the day, that’s definitely how I started, I just ended up on the stage!

If you could go back in time to 1987 when Johnny Diesel and The Injectors were formed, what would you say to that young man named Mark Lizotte?

Are you glad you went to America in 1999/2000? Did it broaden your “horizons”, thus improve your craft as a singer/songwriter and producer?

I got to write and produce more than ever before in that period, it was a level of indulgence I’d never experienced before. Experimenting to that degree (and making mistakes) definitely broadened my horizons. 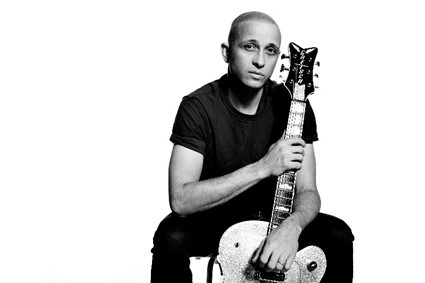 Whenever I see you using your acoustic guitars as a drum, it totally blows my mind! Your thought processes to come up with these beats just proves you’re a genius! How do you form these ideas?

Genius maybe, frustrated drummer definitely! This tradition of holding one instrument and wanting it to be another goes back probably to me wanting my cello to be a guitar. I’ve never been able to accept that an instrument can only do one thing!

* Thankyou to Andy Purcell from Mushroom Promotions and Marie Toparis.

The Kind-Hearted and Talented Michael Ross

In The News and New Music Interviews

Juke Kartel’s Firm Grip On The US