Jacqui James Leave a Comment on David Returning To His Roots 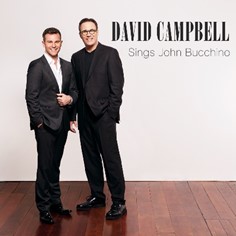 This will be the first album David has released in many years; he has been kind of busy being a Dad as well as the co-host on Channel 9’s Mornings show, but he’s definitely excited about the album and doing a tour again.

John is from New York and has worked with superstars such as Art Garfunkel, Liza Minelli and Kristin Chenoweth as well as being enlisted by directors to provide music for their productions.

If you pre-order David Campbell Sings John Bucchino from HERE, you could win a return trip to Sydney including flights, accommodation, a tour of Hayes theatre, VIP lunch and front row tickets to see David and John on Saturday June 28! PLUS you will receive a signed copy with BOTH artists’ signatures on it.