DAVID CAMPBELL WAS BORN to be a singer and entertainer. Not only he’s Jimmy Barnes’ Son, but he has covered music from the 1930’s to his recent era of choice, the 80’s! 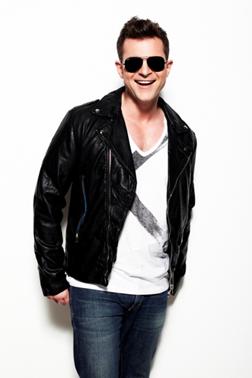 David’s recently released Let’s Go which is this week’s number 25th album on the Aria Chart. The album contains hits from the shoulder pad and the big hair era like Shout To The Top, a cabaret version of Tainted Love, I’m Your Man, Come On Elleen, I Can Dream About You and You Make My Dreams Come True. However, all have different arrangements and little surprises along the way which makes David’s adaptable voice stand out.

To me, David’s one of the charismatic, funniest, versatile and believable performers Australia has to offer. His Good Lovin’ LIVE DVD is one of my favourite music DVD’s because David’s never shy of poking fun of himself and his Dad’s infamous scream! On his Twitter page he says he’s “Singer/Producer/BigMouth … Husband to Lisa… Father to Leo. Son of Daryl Braithwaite”.

For about two years trying to get the timing right with David, I’m very honoured and excited to be able to give you this interview. A very huge thanks to Nadia from Sony for sending my questions through to David.

You’ve covered songs from eras from the 30’s to now the 80’s. Do you find you have to do anything differently in preparation to sing a particular era?

Not really, it is all about the songs. You have to find a way in to tell the story or communicate the emotion. There are varying styles of storytelling from both eras really.

Who came up with the arrangements of the tracks on Let’s Go and how?

The arrangements for some of them came very quickly. What keeps a lot of these songs in a certain “period” is the use of keyboards and drum machines. Once you replace this with real instruments, then part of the work is done. I {could} go on about it, however, the songs are the key. Then with other songs the band and I just started having fun with them. Like I’m Your Man is something I have been playing with in my head for years.

I am a fan of all the songs obviously. I would have to say at the moment, it is Only You. I have a personal connection with that song, because my wife and I bonded over the English version of The Office. The song is used so beautifully there. Dorian and I came up with the idea that there is a simple Pachabel’s Canon feel that really suits the song…. luckily it did.

You’re With Tainted Love I hear a cabaret influence. Was that intentional?

I think most of my style has come from my early years of cabaret and Musical Theatre. I believe it is what makes me a stronger performer. There are plenty of blokes who are better singers, prettier, younger {David exclaimed}. I feel this form of communicating through song is something that makes me stand out more.

Is there a healthy competition in your talented family?

Yes and no. We are all very supportive. I tend to just focus on what I do and admire my Dad and my sisters talents. Everyone in my family is a performer. My father, when I perform with him, tends to push us and himself to do better. I don’t think one could call that competitive though.

Is there any artist or song you will never cover? I bet your Dad’s music is off limits! {Jacqui laughs}

I have done a swing version of Cheap Wine. So nothing is off limits. He {Jimmy Barnes if you’re not from planet Earth!} was kinda narky with me that I didn’t cover his stuff for this album. But as I said to him, “You still tour!”

I love how you don’t take yourself seriously and love to poke fun at yourself and your family. Do you think this is why the Australian public generally love you? 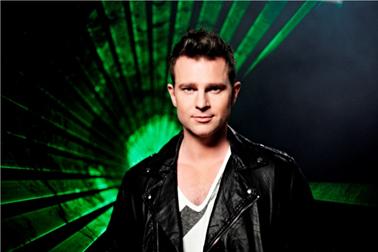 I have no idea. I think when you have a ridiculous story like mine, you need to be the first to point out the screaming Scottish elephant in the room. It takes the pressure off. I have not made it my intention to be funny about it. A lot of what I talk about on stage and off is true! Life is just too crazy. You cannot write this stuff.

Since being a Dad, how’s life changed? Does your little son have your and your Dad’s scream? {Jacqui laughs}

Leo has lungs alright! I have changed a lot. I don’t go out much, even for work. I find it very hard thinking “Oh should I do a few red carpets and get photographed or should I just stay at home and play with my amazing son!?” It is an easy answer. Also now I try to focus my tours to mainly just the weekends so then I can have my own mini weekend with Leo from Sunday to Wednesday.

You have a lot of upcoming gigs around the country, but it seems to always be us Melbournians don’t get as many shows as much as say… Queensland! Any reason why? {Jacqui smiles}

I am focusing on Melbourne so much more now. Before that, I was working with a touring company, who I still have a close relationship with in Queensland. I think you will find the attention is turning to you Victorians… so watch out!

If you could perform with anyone dead or alive, who would be in your top five?

David’s a huge Twitterer! You can follow him at @DavidCampbell73. His site is http://www.davidcampbell.com and Let’s Go is available instore or online.

David’s national tour (which includes a big band) will be as following: