Skip to Content
Home Reviews Dancing In The Storm

Jacqui James Leave a Comment on Dancing In The Storm

Dancing In The Storm 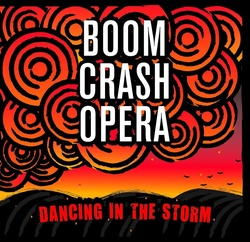 What a great acoustic album this is! As a kid I loved Boom Crash Opera; I asked Mum to put their albums onto cassettes so I could listen to them on my little pink radio/tape player. Actually they were one of my favourite bands in the 80’s! So on Friday when I found out they had a new acoustic album out I had to get it.

Dancing In The Storm is a greatest hits album that the band recorded at original band member now producer Richard Pleasance’s country property on Victoria’s Black Saturday. The album has thirteen tracks and it captured the fun and the carefree feel the band’s songs always had.

With the album you get a DVD of a MTV Unplugged session which was filmed in the early 90’s (oh – the fashion!). The DVD shows how great the band are live.

Dancing In The Storm gets five of out five frangipanis! If you were an 80’s Aussie child/teenager, you’ll likely love this CD/DVD!