COSENTINO DEFINITELY IS a unique showman who loves to push the envelope, often coming close to death; all in the name of entertainment!

Cosentino’s not only passionate about pushing the limits to achieve never before seen “stunts”, his 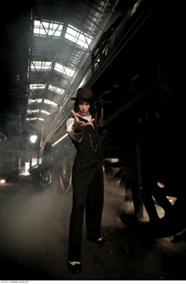 heart is as big as his great illusions. He recently visited children with serious health issues and illnesses at Hobart’s Royal McDonald House. The showman is also extremely passionate and sensitive about children suffering from being bullied at high school because believe it or not, he was shy at school. He is fortunate his supportive parents encouraged him (and continue to do so)to follow his passions. Here Cosentino strived to become invested to become the best in magic.

(Paul) Cosentino was the runner-up on Australia’s Got Talent in 2011 and from there he has re-invented the term “illusionist” to the world with his death-defying stunts. His television special Cosentino The Grand Illusionist mesmerised millions of viewers in Australia in September last year and recently in NZ on July 22nd.

Cosentino is constantly working on developing new illusions to shock and awe his audiences. To do this, strict personal training is required. Incredibly he has taught himself mind control, even to be able to lower his heart rate for the Heir to Houdini Aquarium “stunt” which can be watched below:

No wonder he won the Merlin Award 2012 for most Original Magician!

This is my very first non-music interview and I’m so delighted to chat to a non-music “celeb” who has such passion for life, when he has come extremely close to death on many occasions!

It’s a real privilege to interview an absolute game-changer of Australian entertainment! Welcome Cosentino and thankyou for your time! 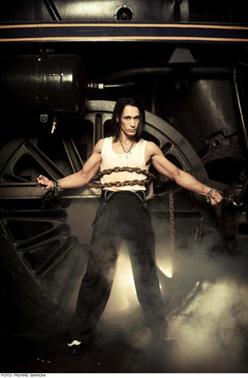 Let’s start at the beginning…. It’s hard to believe you were a twelve year-old with no confidence. Do you get disillusioned (sorry for the pun) when you hear that many young students’ needs are being ignored? What advice would you give to parents and students who might be dealing with issues?

Thank you. I do. I’m very sensitive to their pain, because I was one of them. I had learning difficulties, was told that I wasn’t intelligent and was below the average. However, this was not the case at all. I just wasn’t engaged. I learnt things in a different manner and the traditional teaching rules could not be applied to me and thus I was ignored. My advice would be to focus and channel your energy. We are all unique and learn and understand things in different ways. Parents and children need to find what best suits their way of learning and find ways to make things interesting and engaging. I was very fortunate as my parents were extremely encouraging and supportive of me and my passions. It’s that love that was the key to my success.

When you were a teenager did you ever use your picking locks talents to break into other students’ lockers, especially those who might have been unkind to you? {winks}

Yes all the time {laughs}. Please I locked them up. {laughs}

I studied clinical hypnotise when I was 19 years old. It taught me a lot about the mind and how the sub-conscious works. Control the mind and the body will follow. Next I trained my body. I’ve been into fitness since I was eighteen years-old.

The “Anchored” stunt was extremely dangerous. So I need to be in the best shape of my life. That meant: low body fat percentage and only 3% and less muscle. More muscle requires more oxygen. I had to become an efficient machine as I was going to be under the water for four minutes at five meters of depth. There’s a lot of pressure on the body when you’re that deep. You need to know your limits and I know my body extremely well, I know how far I can push myself. When you understand that you can push the threshold.

What word of advice would you give to children/teenagers who would like to follow in your footsteps when they’re adults?

Never give up, follow your dreams and never let anybody say you cannot achieve your goals. Believe me I’ve been told it all. As a boy I dreamt of having my own TV show, but was told it would never happen in this country as “magic didn’t work on TV”.  Being the very first magician in Australian History to have their very own TV Show was ground breaking. My point never listen to negativity it does nothing for anyone. Believe in yourself, your abilities and push as hard as you can. I’m living testament to that.

I’m hesitant to ask… Are you currently working on another death-defying illusion?

Yes I am for this year’s TV specials, each one hour special ends with a spectacular or death defying stunt, I am always trying to push the boundaries, I can’t say too much but they are getting more difficult and more dangerous. 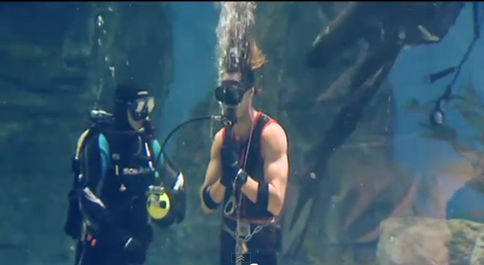 Heir to Houdini at Melbourne Aquariuin, 2010

Thanks to Ralph Carr Management for making this interview possible!