WITH ALL THE negative media portraying the rate of troubled youth rising as a major national issue, it was delightful when I listened to the music of young Brissy punk-rockers Call The Shots. 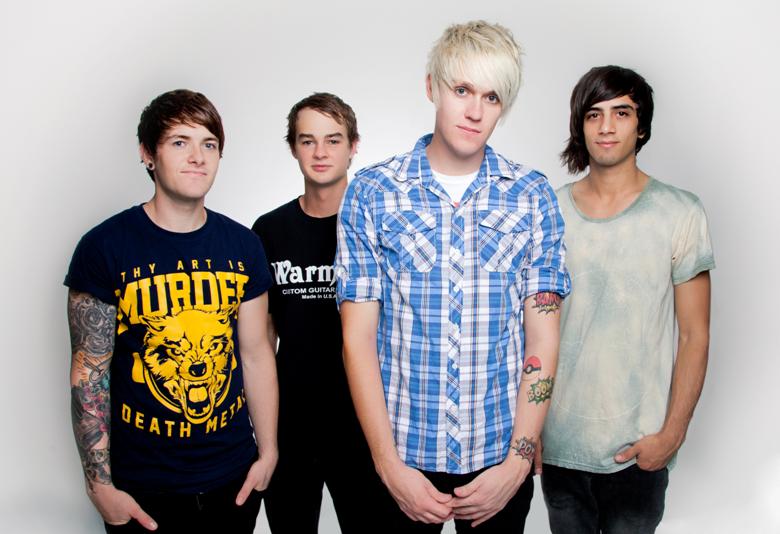 When you think of punk rock you immediately associate this genre with speaking out against social ideology. But with Call The Shots this young band proudly sings about never giving up, while tackling issues that affect our youth lending their support to their fans who may be dealing with bullying. Their goal is “to lift people’s moods and make them feel like they aren’t alone through bad times.”

On April 5 Call The Shots released their EP When Everything Goes Wrong which features Alexis Texas. The below video for Alexis Texas was viewed over seven thousand times within a month!

After speaking with the lead vocalist Josh Setterfield and guitarist Dion Cerreto, I have a deep respect for Call The Shots as this band is making music for the right reasons and that is to connect to people offering support for whatever they’re going through in their lives. Afterall this reason should be every artists’/bands’ goal. Thanks guys for being so lovely to interview and thanks Marc Mancini from AAA Entertainment for the reach out.

Your second EP When Everything Goes Wrong was just released on April 5! Have you had much feedback from your devoted fans?

Dion: So far it’s all been very positive! It’s good to finally be releasing the music we’ve been working on for so long and having people say how much they like it. We do all this for the fans so if they’re happy, we’re happy!

What first stood out for me reading your press release was the fact that you value your fan base so much. When you write tracks are you trying to relate to people foremost in your music?

Josh: When I write, I don’t really try to impress anyone  I write what I’m feeling at the time and people seem to be able to put themselves in my shoes and feel their problems understood, like I do when people hear the songs.

You’re extremely proud of your “never back down” attitude which I greatly admire. Where does this come from and does it fuel your songwriting?

Josh: Definitely fuels our songwriting. It sorta comes from people always telling you that you can’t do anything, but you know that if you try hard enough that you can! We’ve already proved so many people wrong from them saying we would never leave Redcliffe and we would go nowhere! And to know that we showed them we can, makes us want to push even harder for it!

You’re the kind of punk rock band who proves you can write positive lyrics in this genre. Has this made people in the industry look at you confused?

Josh: Not really! The whole positive thing is really big at the moment with our genre and the people that like the change, {they} don’t think much about it! They just wanna mosh and have a good time! Our new CD isn’t as positive, but it’s still {our} never back down {attitude}.

Listening to your music, you deal with issues like bullying and following your dreams. Do you hope your music inspire people to conquer these issues?

Josh: Of course! I’ve already had a ton of people tell me that our music helps them every day! From kids feeling down, to those who just wish they could break away from the normal everyday life. It honestly makes me never want to give this up knowing that what I write can inspire people to just keep pushing forward.

Are you guys looking forward to touring with Melbourne band Masketta at the end of April?

Dion: Heaps! Those guys are such a hard working band and such nice guys! Can’t wait to share the stage with them again!

You guys look really young! Did you meet at school? What’s your story?

Dion: Josh and I almost met through our Mums. They tried to arrange a play date for us as we were both musical kids but that was super lame of them so we bailed. Then about a year later we met on MySpace. Way cooler. Riley played in an old band of mine and he is still the best drummer I’ve played with so when we needed a drummer we just had to have him. And Mike, well we’re not even sure why we are friends with Mike, but he has a cute butt.

One of your favourite bands is Good Charlotte. What do you think of Joel Madden judging on The Voice Australia?

Josh: I think it’s awesome! That dude is a massive inspiration to me and it’s sickening seeing his face everywhere! I don’t see why so many people lately have a problem with him being on there and saying he sold out! He stuck to his goals and he achieved what we always wanted and if people have a problem with that and don’t do the same, well it looks like nobody is going anywhere.

If I went on the voice, I would play a Good Charlotte song, and Joel wouldn’t turn around because I oozed lameness singing one of his songs! {laughs}

After covering Simple Plan’s Jet Lag (which won a competition), Simple Plan’s drummer Chuck Comeau actually twitted congratulating you guys on such an achievement. That must have been so awesome?

Josh: Ohhhhhh you have no idea! SP is my other main favourite band! {laughs} I randomly tweeted him the link one day and got a response saying he loved it and that we did an awesome job! I had to read it about five times before I realised what had happened! {laughs} It’s a pretty cool feeling when one of the dudes that made you start a band, tell you that you did an awesome job at a song

If you could say anything to your loyal fans, what would it be?

Dion: We tell them every day how much we appreciate their support and we really mean it! Like we REEEEAAAALLLLLLLYYYY mean it. Thanks! {smiles}

Call The Shots gig dates are: 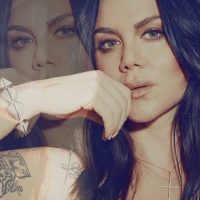 Sam Sparro – A True Artist Through 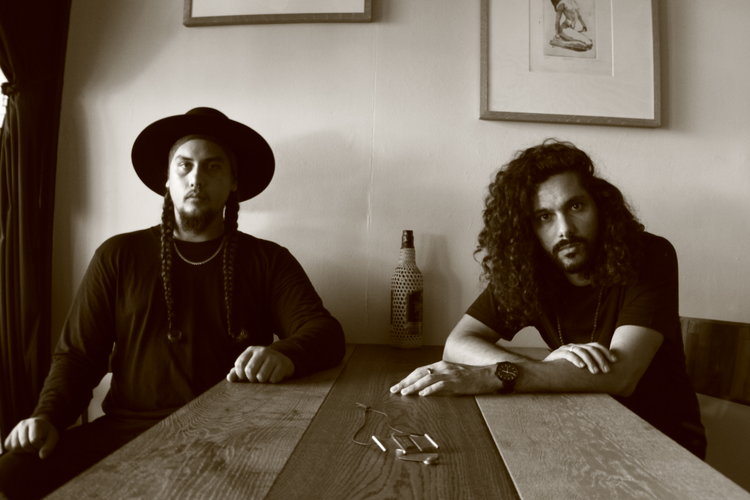